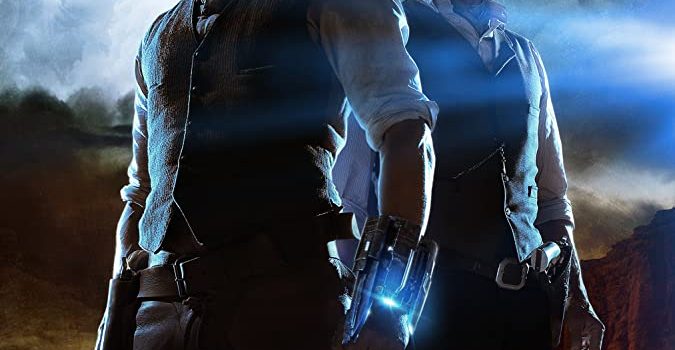 Both: This is a film that isn’t any better than it has to be. You have first-rate acting and solid direction in service of a third-rate script written by no less than six people, one of whose job was evidently to excise every last bit of surprise or cleverness from the dialogue.

HW: When I first heard this was coming, I thought of Spurs Jackson and His Space Vigilantes, a Charlton comic book from 1952, or of Captain Video who often contacted one of his Video Rangers in the Old West and showed five minutes of B-Western action in the middle of his broadcasts.

Whatever the intention, this is just enough of a half-assed hybrid not to work well as either a Western or as any Science Fiction you haven’t seen before.

Though there’s some attempt at trying something different, all the Western stuff is cliché, as if the audience couldn’t understand anything it hadn’t seen before. Harrison Ford is the tyrannical cattle baron, but with a backstory as a Civil War colonel. He has a weakling troublemaker son, who learns better. There’s a Sheriff Just Doing His Job who has a grandson who worries about him. There’s a failed gold-rush town in something like Nowhere County, New Mexico.

Into this mélange is dropped a guy with amnesia who may or may not be the leader of a gang who robbed a stagecoach with the Colonel’s payroll money on it. He can’t remember anything, he has a strange wound in his side, and there’s a high tech unbudgeable gadget strapped to his wrist.

LP: If you’ve watched the trailer (and I assume you have), there’s really nothing in the setup except Harrison Ford’s asshole son (Weakling Son, One Each, Standard Issue) that you haven’t seen by the time the aliens show up.

HW: Among the other elements: a small gang of prairie scum, who in the old days would have been led by Donald Pleasance or Strother Martin. Their dog ends up with the protag, Jake Lonergan, and is not used well. There are the remnants of Lonergan’s robbery gang, way too many for the job at hand, and a band of Apaches, for once authentically dressed.

I didn’t notice a credit for the hummingbird wrangler, so I’m assuming it was CGI’d.

This odd assortment ends up fighting the aliens who shot up the one-street town (like the one in Shane) and kidnapped some townfolk (in the best 1897 Airship Mystery fashion, by lassoing and flying off with them).

The bracelet thing on the hero gives off warnings of the aliens’ approach like the Geiger counters in the original The Thing.

LP: And now I’ll let Howard spoil one of the only notable surprises in the film. Skip ahead a couple of paragraphs to avoid the spoiler.

HW: Also involved: an alien being in the form of a beautiful woman (natch), who’s fighting the aliens because they destroyed her world and have the same plans for Earth.

LP: Being a secret alien evidently gives Olivia Wilde (probably best known as one of Dr. House’s main squeezes) the power to avoid having her eyeliner and mascara washed off in water. And evidently whoever sent her to fight the alien menace didn’t think to provide her with little things like equipment. She’s a deus with insufficient machina.

HW: The thinking behind the SF isn’t any better than the thinking behind the Western. The aliens are here for our gold. Their huge rocket has been buried in the ground like a lawn dart “to extract the gold better.” They fight bare-knuckle mano a mano with the assorted Western types. There are high tech explosions but you rarely see a weapon, just aliens jumping on you and ripping you apart. You got to shoot them a lot of times to put them down, unless you use some of the handy dynamite.

There’s interpersonal stuff between the characters: The Colonel comes to understand the Apaches (after fighting them his whole life), and the Apaches accept him as a warrior. There’s an interesting use of a quasi-peyote ceremony to help the protag regain his memory (and vital clues to dealing with the aliens).

It’s a big noisy mess in the action scenes (in good movies you never lose sense of where everyone is and what everyone’s doing at different places). In this one, cowboys ride, aliens jump on them, mayhem and gunfire ensue, then you’re somewhere else, watching the same thing happen again, with different explosions.

LP: The aliens look vaguely like all the other menacing aliens you’ve seen recently: big, green, and ugly. Even their one form of novelty (they unfold their chests to reveal a second set of hands for grabbing their human grub) is a rip-off, in this case the inner mouth for the monster in Alien.

There’s even some look-at-the-light-and-get-hypnotized stuff just like in Skyline, which would seem to make the “capture and torture the humans to find out their weaknesses” subplot rather superfluous.

There’s some decent acting among the noise and clichés. Daniel Craig is good in an underwritten part you have to fill in from memories of other Westerns; Harrison Ford gets to act mean, but with a backstory: he’s been in bad movies before, but he’s rarely bad. The kid who plays his son is named Paul Dano; I can’t find if he’s related to Royal Dano who played in Westerns (and everywhere else ) for 50 years (the lightning rod salesman in Something Wicked This Way Comes, John Brown in Skin Game, the Ancient Mariner in Moby Dick.)

The dog isn’t used well. The hummingbird is. Sorry guys, too many names on the story and screenplay credits. This is nothing you haven’t seen before, all tarted up, in Westerns or SF, just at greater length. There are homage scenes to I Married a Monster from Outer Space, and others. (This is a Dreamworks movie, so they have some sense of history of the field and don’t think SF cinema started with Star Wars. Most filmmakers think everything before then is without Form and Void.)

LP: This is a well-polished, generally well-executed mediocrity of film. It has good acting, a flat, trite script, and no notable originality or surprises. It’s also a big step down for director Jon Favreau from the two Iron Man movies. It’s better than Skyline or Jonah Hex, but probably a little bit worse than Battle: Los Angeles. If I were younger, I would no doubt rail about Hollywood wasting the considerable acting talent assembled here. But more times than not, that’s what Hollywood does. It’s just the way the place works.

Like Killer Klowns From Outer Space, Cowboys & Aliens does provide all the elements promised by the title. It’s got cowboys and aliens. Sam Rockwell is a little less wasted than usual, playing the milquetoast saloon-owning Doc rather than the standard smarmy prick. If you want to see Ford and Craig play off each other, shot things, and watch stuff blow, the film delivers to that extent. There are worse ways to waste two hours of your life, especially if the theater has good air conditioning. (It’s supposed to hit 108° in Austin this week.)

HW: If you want to see a bunch of actors ride around New Mexico and be shot off horses, this is the movie for you. Otherwise, rent a copy of Monsters. 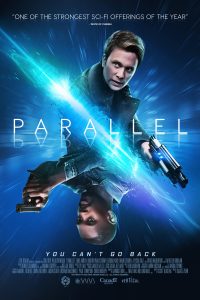 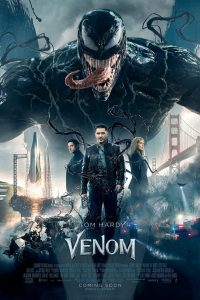 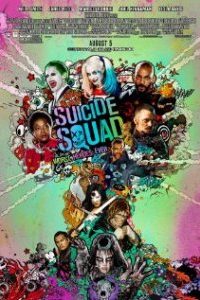 Dawn of Injustice: A Review of Suicide Squad