I like movies where stuff goes boom, but I’ve been so buried in deadlines and day-job responsibilities that I’m seriously behind in my stuffwatching.  The only blockbuster I’ve seen thus far is X-Men: First Class — and while I really liked it, I also had a strong negative reaction to some elements of it. I still really want to see Thor, but I think that ship has sailed in my area, and there are no second-run theaters nearby enough to be worth my while.

I’m waffling on Super 8, because I’m actually not a fan of Spielberg, and JJ Abrams is hit or miss for me.  The previews just don’t wow me.  All that said, the summer film I’m looking forward to most is not a blockbuster, but a film that actually had to struggle to get US distribution because it focuses on a bunch of kids from the London projects.  (Note that this is the “red band” trailer — lots of profanity.)

Postprocessing what I’ve made time for/what excites me and what’s ringing the “meh” bell, I think I’m just really tired of Hollywood’s depiction of the genre as full of Pretty White People (mostly men) With Problems and full of people who’ve apparently never watched a Hollywood summer blockbuster.  I mean, really, you’d think no one in a zombie movie has ever heard of “Shoot them in the head.”  (PWPWP is a reference to an old Mad TV skit, if you haven’t seen it.)  So any film that shows even a hint of complexity, of realistic social construction, of brains (not braaaaains), gets my attention, and any film that stays by-the-numbers isn’t worth the $20.  And I repeat, I like movies about Stuff Blowing Up.  As a writer, I love going into some other media presentation and shutting off my own creative brain for awhile.  But the problem with these by-the-numbers flicks is that I can’t shut down; they’re so illogical or frustrating that I spend the film trying to fix what’s broken in my head.  I come out angry that what could’ve been a great thrill ride was instead a chore.

I find that there’s a genuine disconnect between what I read in science fiction and how I see science fiction presented on the silver screen. In part, that’s because most films presented as science fiction are effects-driven spectacles. Without CGI effects, pyrotechnics, and big things blowing up loudly in the vacuum of outer space, it seems that directors can’t find a big enough audience to generate a big enough box office to pay for films that have the “look” and feel of science fiction.

Interestingly, most of the science fiction films I have seen the last few years–Super 8, District 9, Monsters, Battle: Los Angeles, Skyline–have all been riffs on the alien invasion theme. A classic science fiction theme, to be sure, but not one that has been in vogue for quite some time in the fiction.

Interestingly, I saw kinship between Super 8 and Tree of Life (spot-on analysis Liz–I’ve been describing it to people as “as beautiful as it is annoying”): The best part of both movies, to my mind, is their child’s eye view of how the world works and the many contradictions you have to embrace en route to becoming an adult who can navigate it. Super 8 is pure genre, Tree of Life visionary, but both express that youthful–dare I say it?–sense of wonder I still pick up from science fiction.

I see very few films in a theater anymore, which is partially a function of how far away all the theaters are from my home and partially a function of a nice home theater setup with streaming Netflix.   The only big budget flick I saw this summer was Thor and that only because I was travelling. It was dumb, but then superhero movies often are. What sets one apart from another, it seems to me, is the ability of the lead to overcome the inherent contradictions in the character (I’m super, I’m human; how the hell do I cope?)  Chris Hemsworth’s portrayal of a football quarterback with a magic hammer and wonky Shakespearean speech implant failed to convince, unlike say, Christopher Reeve in the first Superman installment or Toby Maguire in the first Spiderman or Christian Bale in the first Batman reboot or Robert Downey, Jr. in the first Ironman.  Notice a pattern here?  Even when they succeed, superhero movies carry the seeds of their own downfall. They are not sustainable. I’m afraid that it is very hard for me to close my story doctor app when I watch a dumb movie.  I keep thinking of all the other things I’m supposed to be doing. But I did see a wonderful time travel spectacle this summer, and that was Werner Herzog’s Cave of Forgotten Dreams in 3D.  I am not a fan of 3D but if it’s still playing anywhere within an hour’s drive, go.  GO!  I’ve been to the caves in France’s Perigord region, and this movie captures their Neolithic magic with verve.  Jaw-droppingly wonderful; I had to dust my chin off as the credits rolled.

Ditto Jim on Cave of Dreams — I forgot I’d seen that, though not in 3-D.  Puts the other “blockbusters” to shame … 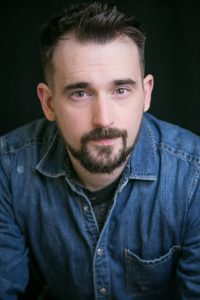 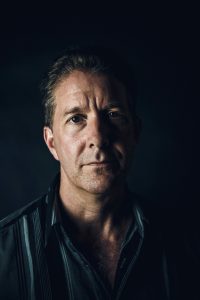