Reviewer discretion compels me to reveal up front that I co-edited a collection of Henry Kuttner’s best short macabre fiction recently published by Centipede Press. Having gotten that out of the way, let me note that Terror in the House is a magnificent book, one that measures up to the high standards Haffner Press established through its previous compilations of fiction by Jack Williamson, Edmond Hamilton, and Leigh Brackett.Most people know Henry Kuttner as the male half of the husband-and-wife writing team that also included C.L. Moore. Under their own names and more than a score of pseudonyms that included Lewis Padgett and Lawrence O’Donnell*, they published some of the most imaginative and influential short fiction of science fiction’s Golden Age. Enshrinement of those stories in numerous ‘‘best of’’ compilations and anthologies has fostered the impression for many readers that science fiction is what Kuttner was all about. This collection, which presents his first 40 stories in chronological order of publication, all written before he knew Moore, should help revise that estimation.

A youthful protégé of horror master H.P. Lovecraft and a close friend of another Lovecraft disciple, Robert Bloch, Kuttner broke into print in the pages of Weird Tales in 1936. At the time, Weird Tales was virtually the only pulp magazine publishing weird fiction, and Kuttner appeared in its pages sporadically up through the early 1940s, placing stories alongside those of Lovecraft, Bloch, Clark Ashton Smith, Robert E. Howard, August Derleth, and the writers whom we look to today as forgers of the American tradition of horror and supernatural fiction in the early 20th century. Indeed, throughout the’30s, Kuttner was best known as a writer of macabre fiction, although less so for his contributions to Weird Tales as for his work in the shudder pulps, a somewhat disreputable evolutionary offshoot of horror fiction. Shudder pulp (or, as it is also sometimes referred to, weird menace) fiction refers to stories whose seeming supernatural machinations almost always are completely rationalized by the story’s end: apparent hauntings are revealed to be illusions and tricks perpetrated by greedy siblings who are trying to discourage a cousin from claiming his rightful inheritance; rampaging monsters turn out to be drug-addled henchman of a mad scientist who has discovered a mother lode of precious metal beneath the land of someone whom he wants to frighten away; unexplained disappearances of young women prove to be the handiwork of rich megalomaniacs who spirit the girls away to sate their bizarre lusts; and so on. At their best, shudder pulp stories were a type of formulaic commercial fiction that required a certain ingenuity on the part of the writer to make the supernatural premise seem plausible and the eventual explanation not totally implausible. At their worst, these stories gave writers an excuse to exorcise weird perversions and torture fantasies on the printed page. Early on, Kuttner became a prolific contributor to Leo Margulies’s chain of ‘‘thrilling’’ pulps (Thrilling Wonder Stories would publish his first science fiction story). Better than half of the stories in this volume were first published in Thrilling Mystery and Spicy Mystery, the latter an even more lurid publication memorable for stories larded with what was then considered steamy sex (i.e., scenes of rapid disrobing and lots of references to heaving breasts).

Kuttner’s shudder stories were no more or less formulaic than the work of other writers, which is to say that they served the purposes of the markets they were written for. In ‘‘The Devil Rides’’, the horrible tortures inflicted on a young woman appear to be the handiwork of a cult of savages incarnated in a half-wit sociopathic dwarf; in fact, they prove to be part of a larger scheme on the part of the woman’s estranged fiancée to kidnap the daughters of vacationing socialites and, under the threat of similar tortures, extort ransom from the family. The titular monster of ‘‘The Faceless Fiend’’ proves to be a shell-shocked veteran whose face was horribly scarred by injuries sustained during World War I and tricked out with monster garb by a museum curator, to commit robberies whose loot helped to supplement the curator’s earnings. ‘‘Invasion from the Fourth’’ involves an unusually elaborate hoax in which a man impersonates an extradimensional mon- ster in a costume coated with luminous paint which, when ripped from his body during his nightly excursions, makes him appear to vanish into thin air – all at the behest of a promoter using him to advertise an elaborate stock scam. In at least a few of these stories, among them ‘‘I Am the Wolf’’ and ‘‘Messer Orsini’s Hands’’, Kuttner does not completely explain away the supernatural menace, tantalizing with the suggestion that just might be something genuine about it. Probably the most interesting aspect of Kuttner’s shudder pulp stories is their esoteric references to the work of Arthur Machen, Algernon Blackwood, and other writers of supernatural fiction, as well as the teachings of celebrity occultists like Madame Blavatsky. (References to The Book of Dzyan, an ancient book of Tibetan lore that Madame Blavatsky was fond of flogging, appear in several tales, notably the title story.) Like his mentor, Lovecraft, the young Kuttner was reading and absorbing the work of a lot of different writers, and he knew that mentioning them in a story helped to enhance the verisimilitude of the seemingly supernatural shenanigans. Indeed, it will come as a surprise to Lovecraft scholars that in several such stories written too late to be collected for this book, Kuttner referenced Lovecraftian names when elaborating his supernatural hoaxes. Lovecraft was very conscious that his Cthulhu Mythos was an in-joke concocted in the spirit of fun by himself and his colleagues in the pages of Weird Tales, and to the extent that Kuttner evoked mythos references to be explained away as part of a staged supernatural ruses, you could say that he appreciated the joke better than most.

Kuttner’s straightforward horror stories are much better and more imaginative. ‘‘The Graveyard Rats’’, his first professional fiction sale, appeared in the March 1936 issue of Weird Tales and it remains, three-quarters of a century after it was first published, one of the most impressive debuts in horror fiction. A suspenseful tale of an unscrupulous graverobber’s attempt to loot a corpse, and the world of horror he discovers when he is drawn by his greed into the subterranean lair of rats who overrun the cemetery, it succeeds on the strength of its claustrophobic atmosphere, well-executed plot twists, and tense, taut prose. Like most of his weird fiction, it was never collected in his lifetime and escaped inclusion in the vari- ous ‘‘Best of Kuttner’’ volumes assembled posthumously. Kuttner mastered the kind of neo-Gothic tale full of ghouls and graveyards that was Weird Tales’ stock and trade, and he dabbled briefly in Cthulhu Mythos, turning out a handful of average contributions, including ‘‘The Salem Horror’’, a pastiche of Lovecraft’s ‘‘The Dreams in the Witch House’’ that has since become one of the better-known non- Lovecraft mythos tales. Two stories, ‘‘The Eater of Souls’’ and ‘‘The Jest of Droom Avista’’, are otherworldly fantasies in the spirit of Clark Ashton Smith that show Kuttner’s effort to stretch in yet another direction as a writer (he would try his hand at Robert E. Howard-style sword and sorcery within a few years). The best of his horror tales show no influence other than his own imagination: ‘‘I, the Vampire’’, is an early sympathetic vampire story set among the demimonde of Hollywood, and ‘‘The Shadow on the Screen’’ a fairly original thriller about a monster that leaps from the movie screen into the real world.

Kuttner’s early science fiction is, by comparison, pretty small beer compared to what he would eventually write. His first SF sale, ‘‘When the Earth Lived’’, a riff on the idea that our world is but a molecule in the hands of experimenting scientists in a macrocosm, was published in the November 1937 issue of Thrilling Wonder Stories, a magazine whose contents were aimed for the most part at a juvenile readership. Some of his science fiction stories appeared in Weird Tales, including ‘‘World’s End,’’ one of several inventive explorations he would make of the time travel paradox. ‘‘Dictator of the Americas’’, a contribution to Marvel Science Stories, twined the SF concept of intersecting dimensions with shudder pulp sexuality. Even ‘‘The Disinherited,’’ which Kuttner sold to John W. Campbell in 1938 for his debut in Astounding Science Fiction, is a fusty tale of caste warfare in a programmed future that could have been written by any of the generic pulpsmiths Campbell was in the process of shaking out of his magazine’s line-up.

The last story in Terror in the House was published in April 1939. Within a year, Kuttner would begin placing stories in Unknown, Astounding’s fantasy companion, where he would hone the wit and humor that would ultimately infuse his best science fiction. Also within a year, he would marry C.L. Moore. Science fiction and fantasy would never be the same again, and this book captures one of its best writers on the threshold of its transformation.

*The print publication of this review incorrectly stated this pseudonym as K.M. O’Donnell (which is a pseudonym for Barry N. Malzberg)

Terror in the House: The Early Kuttner, Volume One 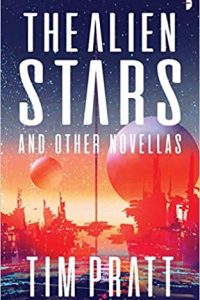 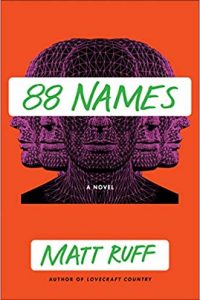