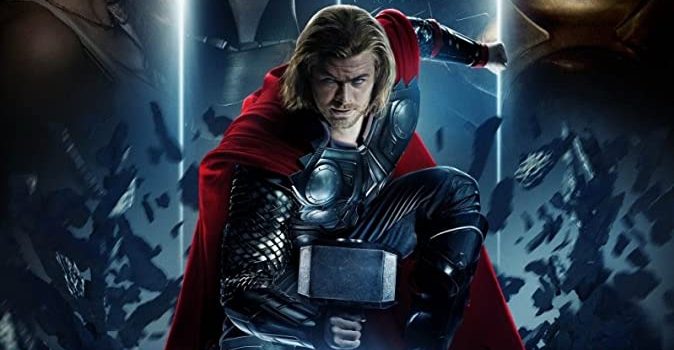 Lawrence Person: It would be tempting to do a one word review of “Eh.” Sadly, the word rate for that would not nearly come close to reimbursing Howard and me for our inflated 3D ticket prices. So on we solider, through the icy blizzard of the CGI snow…

This is a slightly split decision; Howard thinks it’s pretty dire, while I think it’s almost passable, if you set your expectations low. Like, “I hope it’s better than Ghost Rider” low…

HW: Ellison’s old rule applies: more than two names on the screenplay, forget it. Here there are three. They can’t structure. Nobody tells you going into it this is a sort of alternative prequel to everything that happened before Journey Into Mystery # 83 (Thor’s first appearance) back in 1963.

There’s five minutes of movie set in New Mexico with Natalie Portman and her science crew, then a 35-minute flashback/flash sideways to Asgard, then we go back to New Mexico.

Asgard is run like a medieval kingdom. Odin (Anthony Hopkins) has to decide which of his sons, Thor or Loki, becomes king, like Odin and the gods wouldn’t go on forever.

The Bifrost Bridge connects all times and worlds. You ride to the end of it, dismount and go inside what looks like Brick Bradford’s old Time-Top that flashes, whirrs and sends you wherever (it’s essentially the Transporter Room of the Enterprise writ large). The Guardian of the Bridge (a large black man) is the only interesting character in the movie.

LP: The first (twenty? thirty? Time seemed to slow down while watching this part, and not in a good way…) minutes in Asgard are deadly bad. The inhabitants of this wondrous realm live in a beautiful three-dimensional rendering of a vaguely Art Deco Maxfield-Perrish-By-Way-of-Michael-Whelan matte painting, except I can’t imagine either of them creating something so strangely lifeless. I know it’s Asgard, Gods, all that, but it’s every bit as sterile as the worst bits from the Star Wars prequel trilogy, like a set someone just finished building before they’d moved the furniture and people onto it.

There’s a magic whatsit power source that Odin seized after kicking the asses of the frost giants, one of several Deus Ex Machinas (literally, for once) lying around.

HW: The frost giants, enemies of Asgard, all have Freddie Kruger makeup so the audience will know they’re bad.

LP: The frost giants live in their own realm of Jotunheim, a frozen wreck where the only pastime seems to be waiting for Asgardians to show up and fight via the Bifrost Bridge, which Thor and his Super Friends eventually do in retaliation for an unsuccessful frost giant infiltration to recover the whatsit. I honestly didn’t catch the names of most of the Super Friends; I’m not even sure they were given at the beginning. They’re mainly there to throw a few plot device levers, provide decoys, get hurt, and eat up the screen until Thor can get down to his own version of Hammertime.

HW: You’ve got Natalie Portman who keeps her clothes on, gets two hand kisses and one on the mouth, and doesn’t have much to do as Jane Foster, Science Girl. You’ve got Anthony Hopkins, and he spends most of the movie in a coma (Odinsleep). That’s not using your HR people the right way. The actor who plays Thor as a lout (Chris Hemsworth) is very convincing, if you know what I mean (a friend said “Maybe he was acting?”). Acting is too refined a word for the process going on here. (I am reminded of the big build-up given Klinton Spilsbury, the 1980s Lone Ranger, remember? But that would just be too cruel…)

LP: The script requires Thor to start off as bloodthirsty hothead at the beginning of the movie, and become the Idiot Who Learned Better, which he does.

One reason I liked it better than Howard is that the God Out Of Water stuff on Earth actually works pretty well. Hemsworth looks the part, is probably a bit better than the script required, and has real chemistry with Portman. Actress Kat Dennings, playing Portman’s snarky 20-something research assistant (she has a degree in political science; “She was the only one who applied for the job”) is pretty wonderful; when SHIELD seizes their equipment and data, she’s still complaining that they also took her iPod. The humor here is pretty sharp, and seems almost disconnected from the thudding unsubtly of the Asgardian segments. And the cute meets between Thor and Jane are well timed (she keeps running into him with her van).

HW: Loki was the most interesting character in Thor comics; he was a trickster figure who kept always about 2 jumps ahead of the dim-bulb (because of conditioning) Thor. Here, Loki is played as Evil Stepbrother.

LP: Tom Hiddleston’s Loki is one of the best performances in the movie, deploying a deceptive open-faced sincerity while he secretly plays both sides against the middle (and arguably even against himself); he seems to have plans within plans within plans, and he’s a master at talking people into doing stupid things in the guise of talking them out of same. I don’t know why the script doesn’t seem to mention his name early on, since it’s painfully obvious who he is.

Idris Elba (most famous for his career-making turn as dangerous, ambitious drug capo Stringer Bell on The Wire) does a fine job with Bifrost gatekeeper Heimdall. There was actually a mini-controversy over Elba being the wrong ethnicity to play Heimdall. When it comes to dissention over the race of a character in a movie version of a comic book version of a mythology of imaginary gods cobbled together from fragmentary poems written in Old Norse, I’m not sure scientists have yet come up with a unit of measure small enough to express how little I care.

HW: The movie’s in 3-D; around three scenes justify it (the first time they ride across the bridge, and when the Guardian is standing on it, looking down at Earth). Most of the time it’s wasted. The movie only has one sound level—Too Loud. I couldn’t tell if the score was any good at all—I couldn’t hear it over the Bangs and Whhoooshes.

LP: The music (“Heroic, damn it, heroic!”) didn’t leave any impression on me in the theater, but it autoplayed when I went to the official website to check a few things, and after about ten seconds I found myself thinking “Damn, that’s annoying.”

HW: Loki sends something like a Super-Gort after the heroes through the streets of a small NM town, providing the only interest in the last thirty minutes of the movie, and that’s not really good.

LP: I’m actually onboard with the whole “where I come from, science and magic are one” hand-waving, since it sidesteps so many potential problems. However, the way it’s deployed in Asgard is ultimately incoherent. If it’s all based on science, why have one Giant War Golem when you could have a hundred? Why not build another Bifrost Bridge? Etc.

For all its sterile burnished-metal beauty, Asgard has the logical consistency of papier-mâché and bailing wire. Some blame has to be apportioned to the design team, but most of it falls on a widely inconsistent screenplay. This film simply isn’t in the same league as the first two Iron Man, Spider Man or X-Men films.

Director Kenneth Branagh generally keep things moving along at a good clip, but not quite fast enough to keep you from drumming your fingers during the Asgard segments, or to keep you from noticing the gaping plot holes. (“Hey, this guy just beat up a dozen of the best troops at our super secret SHIELD test site! Let’s just let him stroll out of here because some random scientist said so!”) In Hamlet and Henry V, he directed two of the greatest cinematic adaptations of Shakespeare ever filmed. Here, he’s managed to make a superhero film that’s slightly better than Ghost Rider. That’s got to be a letdown.

HW: Stan Lee has a cameo as one of the yahoos who tears up his pickup trying to pull Thor’s hammer out of the ground. Blink and you miss him.

You’d think with 150 issues or so of the comic, they could have come up with something better than this mélange.

Thor’s a mess; it bodes ill for the Avengers franchise, and on reflection, made the Captain America trailer that preceded it look suspect, too.

Written by Ashley Miller, Zack Stentz and Don Payne (screenplay), based on a story by J. Michael Straczynski and Mark Protosevich, based on the comic book by Stan Lee, Larry Lieber and Jack Kirby 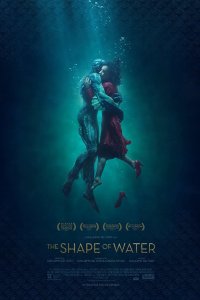 The Creature Waltzes Among Us: A Review of The Shape of Water, by Gary Westfahl 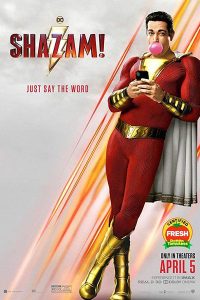 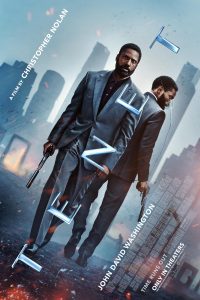