Shaun Tan’s animated short film The Lost Thing (Passion Pictures), directed by Shaun Tan and Andrew Ruhemann and based on Tan’s illustrated book of the same name, is one of five finalists for the Oscars in the Short Film (Animated) category. Comments Tan, who plans to attend the ceremony, “Time to finally get a tux perhaps.”

We asked Tan what it feels like to be a finalist: “Fantastic, amazing, and a weird kind of reality shift. The competition was stiff – the standard of contemporary short animation is extremely high, and I was at once optimistic and pessimistic about our chances, especially as we are such a small production (a core visual team of only four creators), slaving in a tiny Melbourne studio above a laundromat. I’ve been working on this film with my producer, Sophie Byrne, on and off, for nine years, since first sketching concepts in 2001. Way back then we joked about getting an Oscar nomination. So strange to believe now that it’s a reality. The best thing about it: more people taking a look at our film, as it’s otherwise quite easy to slip into relative obscurity with animated shorts.”

For more information about the film, visit The Lost Thing’s Official Website. The 83rd Academy Awards will take place February 27, 2011 at the Kodak Theatre at Hollywood & Highland Center in Hollywood. 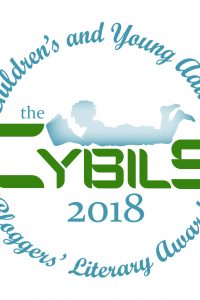 One thought on “Shaun Tan Goes to the Oscars”