Charles Stross is the award-winning author of acclaimed SF series such as Accelerando, the Merchant Princes, the Laundry novels, as well as stand-alone works such as Glasshouse.

My first typewriter died of metal fatigue when I was 16.

I’m not making this up: it was an ultra-compact manual journalist’s typewriter from the 1950s, an Imperial Aristocrat, that my sister had acquired for typing classes at school. I got hold of it aged 12 when she went to university, and hammered it so hard that the wire armatures connecting the keys to the type-arms began snapping. Parts were rare, so eventually my parents caved and bought me a newer, heavier, German portable (also manual) as a birthday present. I didn’t kill it, but over the next five years I wore a shiny spot on the space bar under my left thumb, which developed a corresponding callus.

Mind you, the manual typewriter was a step up. I’d tried writing fiction long-hand when I was 8; I gave up after a couple of pages. (Left-handedness and a tendency towards writers cramp doesn’t help my penmanship.) Later on, aged 11, an English teacher — whose name I have sadly forgotten — set my class a work assignment; we were going to write a story of our own, and fill an entire exercise book (over the course of an entire term). I was one of three boys in my class of thirty who filled two. I never managed more than two pages a day, but I kept coming back to it. Writing, if it’s going to go anywhere, has to become a habit.

I kept on using the typewriter. It was the mid-1970s, and Dungeons and Dragons had just arrived in the UK; the typewriter made my dungeon notes much easier to read, and clear enough that I could send my monsters to the column for user-contributed horrors in “White Dwarf” (from where they eventually migrated into the D&D canon). Around the time I turned 14 I began writing my first novel. You wouldn’t want to read it — or the dozen that followed, clogging up lever-arch files with single-spaced lines and minimal margins. It would be another couple of years before I learned that there was an expected format for manuscripts.

Nobody taught me to type. I was at a single-sex school in the 1970s, in England, and typing was a course that girls took to train them for a career as a secretary in the office typing pool. Nobody even thought boys needed to go anywhere near a keyboard until, some time in the dog days of the 1970s, coterminous with the arrival of Thatcherism, computers began to appear in schools. It would be another five years before I had my first word processor (an Amstrad PCW — a strange British throwback to the green-screen age of CP/M, that sold by the million to those who couldn’t afford the £5000 price of an early PC).

The word processor did something odd to my prose: for the first time, revision and rewriting became cost-free. That, combined with discovering a postal writers workshop, made an enormous difference. For the first time, in my early twenties, I began to polish my writing. Those early years of hammering on a manual typewriter made me fanatical about trying to get it right the very first time; even today, I try to produce a first draft that is of submission quality. 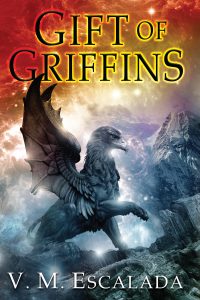 9 thoughts on “It All Started When: Charles Stross”