The Wolf Age is the third book in James Enge’s inventive and delightful sword and sorcery series following the adventures and misfortunes of larger-than-life hero Morlock Ambrosius. The novel stands alone quite well, though – in fact, I read this volume first, and promptly tracked down the earlier titles, Blood of Ambrose and This Crooked Way, because I enjoyed this one so much.

It takes a certain amount of chutzpah to even name a protagonist something like Morlock Ambrosius, and that’s just the start of Enge’s cleverness and audacity. Morlock is a wandering, incredibly old, tormented man of mystery with a tendency to brood. He has a magical – one might even say cursed – sword, and while it doesn’t drink souls, it does force its wielder to experience the pain of its victims. The resemblance to Moorcock’s eternal swordsman Elric pretty much ends there, though. Morlock wouldn’t even list ‘‘warrior’’ at the top of his curriculum vitae, preferring to be known as Master of the Two Arts: Seeing and Making. Seeing refers to his psychic abilities, and Making covers his facility with creating marvelous artifacts, as well as performing useful alchemical tasks like transmuting base metals into gold. Oh, and he was raised by dwarves, he’s a bona-fide dragonslayer, and his blood is literally fiery: cut him, and you’re likely to be set on fire by the spatter. Which is all to say, he’s a pretty formidable figure, but he’s got certain human frailties, like alcoholism, the aforementioned brooding, and a bad habit of making friends who end up having to die for him.

The Wolf Age begins with Morlock wandering in the far north of his world, away from human civilization, in the dark lands where the werewolves rule. He stumbles into a werewolf raiding party attacking a group of humans for slaves and food, and does some serious damage to the lycanthropes, but eventually they overpower him. Morlock is locked up in a werewolf prison, with his weapons stolen and a glass spike driven into his head to dull his psychic powers. Like the best heroes, though, he doesn’t rely on the props of power: he gets by on cleverness, doggedness, and, when necessary, brutality. He befriends his cellmate, a werewolf political prisoner – they disappoint the guards by refusing to kill one another – and eventually they stage a daring prison break. By then, Morlock finds himself tied up in chains of allegiance and vengeance, and he joins with an outcast group of werewolves who live on the outskirts of the great city of Wuruyaaria. Among this outlier pack – composed mostly of criminals and werewolves who can’t transform from wolf to man, or can do so only partially – he soon becomes a person of respect and influence, which is more than any other ‘‘ape’’ has ever managed in that ruthless society.

There are multiple levels of intrigue. First, there’s the political situation. It’s an election year in Wuruyaaria, and the faction that controlled the prison lost a lot of respect when all its prisoners escaped. Morlock’s allies in the outlier pack want to take advantage of that weakness to seize some formal power of their own. But while the werewolf political system is loosely democratic, candidates don’t just debate – they fight, and the strongest tend to pick up the most votes. In a way, though, the politics are merely a distraction from far vaster machinations. The deities known as the Strange Gods – personifications of concepts like War, Mercy, Justice, and, of course, Death – make frequent appearances, plotting and influencing events for their own purposes, and they contend against a legendary Maker so powerful and brilliant he makes Morlock look like a tinkerer with a workbench in his garage by comparison. Inevitably, Morlock becomes ensnared in the schemes of gods and Maker both… and he doesn’t appreciate being used as a pawn.

Enge’s plot is admirably twisty, and he keeps things moving with impressive set pieces, werewolf battles, bizarre magical airships, miraculous feats, and liberal doses of skewed humor. One of his great virtues as a writer is weirdness – he’s not afraid to do the unexpected, and his imagination is formidable. But there’s an underlying emotional power here, too. The author excels at depicting the bonds of friendship, the pain of betrayal, and the tragedy of well-laid plans going awry, and that emotional payload is what makes this novel into more than just an entertaining adventure story about a guy with a magical sword who fights monsters. Enge is one of the most engaging of the new sword and sorcery authors, and I hope we get to follow Morlock’s exploits for a long time to come. 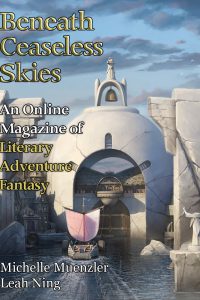 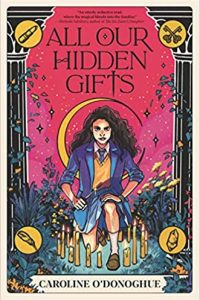