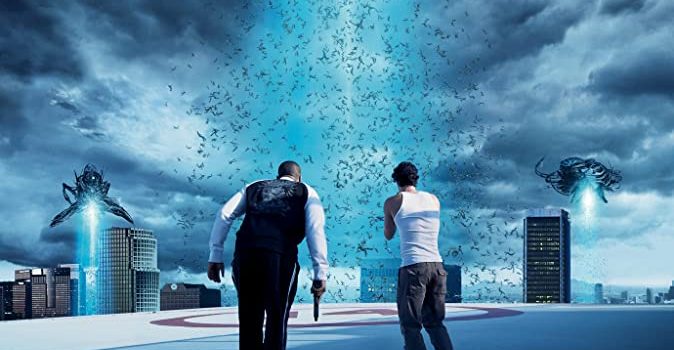 Both: Wouldn’t it be swell if there was a first-rate alien invasion movie in theaters for you to watch?

Fortunately, there is. It’s called Monsters. You should go see it if it’s playing at a theater near you.

Lawrence Person: There are good things about Skyline: the initial idea and the weirdness of the invaders. But they’re undone by a script containing the worst dialog of any film we’ve reviewed.

Howard Waldrop: The progression of the new SF/Horror movies is the Korean The Host to District 9 to Cloverfield to Monsters. The latest in this parade is Skyline.

In the old-fashioned monster movie, someone in on the deal from the start, or in the military or a person of authority starts investigating some event or phenomena (think Them!).

In this new kind, ordinary Joes and Jaynes are there, then BAM! Things happen. (The Korean squid shop owners in The Host, a bureaucrat trying to get along in District 9, etc.)

In Skyline, a guy and his newly pregnant wife from Brooklyn are invited to a rich friend’s (Donald Faison’s) birthday party in Swinging LA (I think he and Faison used to be in a garage band together). That’s the setup, and the night of the end of the party all hell breaks loose (like the people attending the going-away party in Cloverfield).

There’s no attempt to explain the alien invasion in Skyline; it’s just there. And if you look at them too long, you’re turned into a zomboid and Walk Toward The Light…

You end up with a small group—Faison, his wife, girl personal assistant, the protagonist couple and a guy from building management—trying to get down from the high rise penthouse over to the marina across the street where Faison’s 67-foot yacht is moored, meanwhile watching the invasion, and attempts to fight it, mostly on TV and through a spotting telescope.

LP: Skyline suffers even more than Cloverfield in that its ostensible “average Joes” move in such rarified circles (and are so unlikable) that it’s hard to work up much empathy for them. (And the penthouse apartment was obviously designed to do as much location shooting in a single building as possible for budgetary reasons.) In fact, most of the characters in Skyline are such annoying idiots that they actually make the callow yuppies from Cloverfield look sympathetic by comparison.

The problem is magnified by the awful, flat, trite dialog the script forces the characters to recite. It’s almost like somewhere there’s a course called Learn Scriptwriting in 21 Days Using Only TV Clichés in Simplified English, and this script was the result of a timed 2-hour final. It’s worse even than the dialog in 9, and while watching I even found myself thinking that the dialog in Jonah Hex was actually better; at least every now and then there was a line there with some zing. Here? Nothing.

Once they get to the rich friend’s penthouse, there are basically two types of conversations. First there’s the Characters Deal With Serious Issues (pregnancy, adultery) Chat That Usually Takes Place in the Bathroom (which I would say plays like a bad soap opera, but that might insult soap operas) that goes like this:

Then after the monster attack gets underway, you get the second type of conversation: Oh My God What Do We Do I Have A Stupid Plan scene:

Man: Crazy plan likely to get us all killed.
Woman1: You’re crazy! You’ll get us all killed!
Woman 2: He’s right, it’s our only choice.
Woman1: OK.
Man2: Let’s do it!
(They follow the plan. Somebody gets killed.)

Granted, things are so bad that good choices are few and far between, but everyone except David Zayas’ (Batista on Dexter) building manager is horror-movie-victim stupid. None of the actors is particularly memorable, but they’re not the problem; the script just doesn’t give them enough to work with.

HW: Since the aliens are never explained, you have to try to figure out what’s happening, like ordinary Joes and Jaynes would. There seem to be small multi-tentacled ones (which come into your building) and large amorphous (but vaguely anthropomorphic) ones (which knock down your building – the best shock scene in the movie involves one). There are some small fliers (like living TIE fighters) and mother ships as large as the one in District 9 (which may or may not be biological).

The usual subtractions from the cast ensue. There are some battle scenes they watch as the Air Force wages a war of attrition (and one scene set up directly as an homage to George Pal’s 1953 War of The Worlds).

LP: Much as I’d like to cheer a good U.S. Armed Forces vs. Alien shootout and the (spoiler!) nuking of Los Angeles, there’s too much dumbeth here to enjoy it. Here’s a hint: a B-2 wouldn’t jitter and stutter toward the alien mothership like a fighter about to launch a nuke via ALCM, it would fly above it at 50,000 feet and guide a gravity bomb (most likely a B83) down onto it.

The dumbeth continues when it turns out that (more spoilers!) the nuking just pisses it off, sending the mothership crashing to the ground in flames, until it starts to self-reassemble. The awesome instrumentality suggested by that would be pretty cool… if the ship hadn’t just got nuked. Anything reassembling itself after it was just cooked at tens of millions of degrees moves from “indistinguishable from magic” to “lazy Hollywood hand-waving magic.”

The monsters themselves would be more interesting if they didn’t draw quite so heavily on the ones in The Matrix movies: whip tentacle things with lots of eyes. Fine as far as they go, but not much you haven’t seen before. The giant walking one (which has some nasty grappling tentacles in its “hands”) is a bit more interesting. Sometimes the monsters look awesome, but occasionally they look cheap; indeed, the “tentacle reaching into the room” scene in Monsters is actually more convincing than the one here, despite having about 1/1000th the budget. But Skyline is pretty much the anti-Monsters; everywhere Monsters was quiet, subtle and smart, Skyline is big, loud and stupid.

HW: There’s a coda, which makes no logical sense, but some kind of metaphoric one (and lets you know more than you did going inside the ship in Close Encounters of the Third Kind) — nothing is explained, but like in District 9 it gives some kind of hope on a species level.

LP: Actually, right up until the last few seconds, the coda in the mothership (the aliens, as we see earlier, seem to be harvesting us for our brains) is perhaps the best part of the film; for all the stupidity of its central characters, Skyline never flinches from the implications of its premise. (Those implications are sort of like the ones in John Kessel’s “Invaders,” but not so warm and funny.)

Charles Fort once said “The Earth is a farm. We are someone else’s property.” A well-done film based on that premise would be truly scary. Sadly, Skyline is not that film. Which is not to say I’m writing it off completely; there are some good ideas and images here. But this isn’t a “see it in theaters” film, this is a “wait for it in a $1 rental kiosk to fast forward every time the characters talk to the next monster attack” film.

HW: This is a better alien invasion movie than Independence Day (which I didn’t like) because nothing is explained, and the viewer has to fill in some gaps for his- or herself.

But — most of the characters are unlikable, and are in the more standard Monster High scenario (unlike in District 9 where the guy’s just trying to get home). It’s hard to like, but easy to admire, if you get my drift.

Both: If you want to see a swell monster movie, and haven’t seen Monsters, see Monsters. If you’ve already seen Monsters, watch it again. You’ll still enjoy it more the second time than watching Skyline once.

Methuselah’s Daughter: A Review of The Age of Adaline 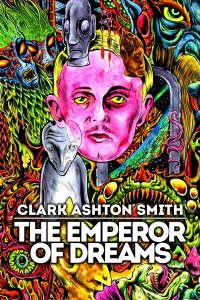 Dead, and a Rival: A Review of The Lazarus Effect