To date, the estate of Poul Anderson has been able to get only one work removed from Project Gutenberg, “The Escape” — the first half of Anderson’s novel Brainwave, which was published and copyrighted in 1954, a year after its first publication. However, according to the Bears, even if the story had not been subsequently novelized, it would have been under copyright protection for 28 years, until 1981, and eligible for copyright renewal under the Goodis v. United Artists Television court decision of 1970. The Bears note that many authors of that era were careful to keep their copyrights up to date, so it cannot be assumed that the works are up for grabs. (Current copyright law, as established in the Sonny Bono Copyright Term Extension Act of 1998, reduced the required renewal paperwork by extending copyright protections for the life of the author plus 70 years.)

Project Gutenberg’s CEO Greg Newby stated in an email that, after Anderson’s story “The Escape” was removed, Project Gutenberg changed the protocol for researching copyright, particularly with regards to serial works. The full text of Newby’s email is available online.

The Bears are calling upon authors and estates to notify Project Gutenberg of any possible copyright violations with a Digital Millenium Copyright Act (DMCA) notice, which states the copyright holder’s rights and demands the removal of material that has been illegally posted. DMCA forms are available online. Additionally, authors and estates may need to notify sites like manybooks.net, which use Project Gutenberg source materials, and any publishers who may have printed the work under the mistaken impression that all Project Gutenberg’s works are freely available. 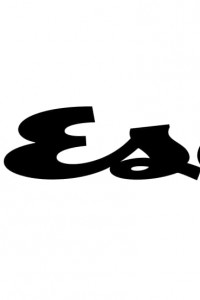 One thought on “Has Project Gutenberg Failed Copyright Law?”