I don’t think anyone I know claims to have a good handle on the career of Michael Moorcock. With 70-odd novels in just about every genre he could find, scores of stories, novellas, and anthologies, rock albums, comics and graphic novels, fanzines, professional magazines (most notably New Worlds), reviews, essays, and for all I know auto repair manuals and recipes, he’s surely among the most protean figures of recent English literature, let alone the last half-century of SF and fantasy. When Tachyon published The Best of Michael Moorcock last year, it was, as Paul Witcover said in his September 2009 review here, ‘‘a hell of a title to live up to’’ – and that was only the short fiction. Now, in Into the Media Web – what amounts to a non-fiction companion volume not only to that book but to Moorcock’s entire career – his friend John Davey has assembled some 150 items covering a 52-year span (selected, he says, from four or five times as many), ranging from a teenage essay on Bret Harte to recent reviews of Thomas Pynchon and Walter Mosley and a 2009 obituary of Moorcock’s friend James Cawthorn. Weighing in at more than 700 pages, with many fascinating photos and illustrations, it’s a feast for readers and an invaluable resource for students or scholars of Moorcock, but they’ll quickly find they have their work cut out for them: in his introduction, Davey raises the question of how to best organize this chaos of material and announces, ‘‘In the end, a decision was taken to arrange the contents randomly.’’ Since another decision was taken to provide no index, we’re pretty much alone in the bazaar, left to stumble across pleasures and oddities on our own – a bit like wandering through Camden Market in London, or Portobello Road in the mid-1960s, which Moorcock describes in one of the most evocative photo-essays in the book (the photos are by Bryce Atwell).

Fortunately, the arrangement isn’t uniformly random. There are clusters of low entropy in the book, such as a chronological sequence of 19 editorials, reviews, and essays from New Worlds – an indispensable resource for anyone seeking to understand what the New Wave was about, although some of the most important memoirs about the magazine are separate from this sequence, such as ‘‘New Worlds: A Personal History’’, written for Foundation in 1978 and expanded in 1981. Another invaluable sequence consists of seven introductions written for omnibus editions of the Eternal Champion megaseries, which very nearly encompasses Moorcock’s life’s work in fantastic literature (he reports having begun it when he was 17). In order to help us get our bearings for what comes later, the book opens with a long autobiographical essay (written for Contemporary Authors), then leads us into a complex mosaic ranging from introductions and notes that are scarcely a page long to substantial critical essays such as ‘‘Patriotism and the Scientific Romance’’ and two chapters from Wizardry and Wild Romance, including the famous ‘‘Epic Pooh’’ essay, with its provocative dismissal of Tolkien and the Inklings. Since many of these pieces were written as introductions, Moorcock more often comes across as a generous critic, celebrating the work of his friends Mervyn Peake, Andrea Dworkin, Angela Carter, and the much less-known Jack Trevor Story and revealing unexpected passions for writers like Eudora Welty, Henry Treece, and George Meredith, but he can be acerbic as well, as in the Pooh essay, or when he complains of ‘‘the astonishing elevation of extremely poor writers, like Virginia Woolf or John Braine,’’ or describes Zelazny’s Lord of Light as ‘‘self-indulgent, infantile, self-conscious, escapist, derivative fantasy fiction that lacks even the saving grace of Tolkien’s relatively clean style.’’ And the impatience with the timidity of SF in general, which seemed such a call to arms in the 1960s New Worlds editorials, has not flagged much in later years, as when he describes Heinlein’s later ‘‘serious’’ novels as ‘‘producing some of the most ludicrously unlikely people ever to appear in print.’’

Davey has generally done a heroic and meticulous job, though it’s clearly a true labor of love rather than of formal scholarship (at one point he mistakenly credits Moorcock as having coined the term ‘‘speculative fiction’’ in 1960, when it had been used by Heinlein nearly 20 years earlier). Though SF readers are likely to be most interested in those pieces which form a portrait of a crucial period in SF history during which Moorcock, arguably, was the central figure, Davey has also been careful to leaven the literary bits with a wildly eclectic selection of cultural pieces ranging from passionate attacks on the pornography industry to sharply observed essays on Elvis Presley or Tom Mix, to a defense of Los Angeles, to an excellent essay on the Rushdie affair, written on the occasion of Khomeini’s death, that seems as timely now as when it was written in 1989 (though Moorcock remains disdainful of Rushdie’s fiction, noting ‘‘one is frequently put in a position of defending something or someone one can’t stand’’). These non-genre-related pieces add up to a far more complex and fascinating portrait of Moorcock as a writer and a ‘‘post-war culture-ruffian,’’ as Alan Moore describes him in his introduction, and lend the book a deep texture that makes for fascinating reading even for those of us who pretty much passed out of our Elric phase many years ago. 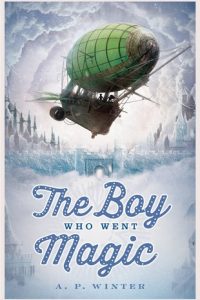 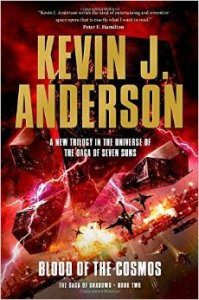