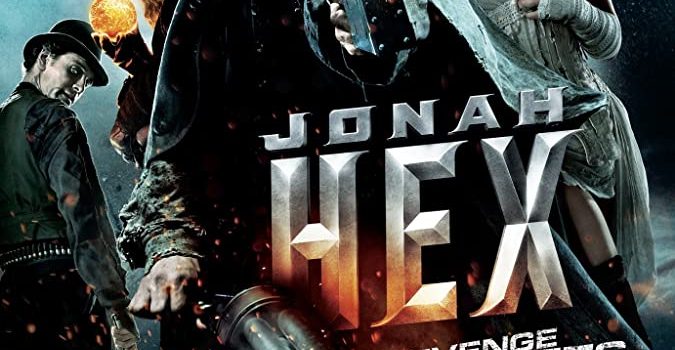 Howard Waldrop: Well, it could have been a lot worse.

Lawrence Person: Have you ever worked in an office building late at night? And you’re there late enough that your stomach starts rumbling, but you don’t have time to go out for dinner, so you go down to the vending area and there, between the Coke and candy machines, is the “food” vending machine, with canned soup, cheese sandwiches, etc. And the only thing that looks even slightly appetizing is one of those bagged microwave cheeseburgers, so you end up getting one. And you see that it’s a still few days shy of the expiration date, so you nuke it in the microwave and eat it, and it doesn’t make you sick, but whatever tiny remnant of taste that remained in it had long since dissipated, making chewing more of a chore than a pleasure.

HW: Give them some points: they were trying to wrestle with some big ideas. I’m just not sure a 6th banana comic book hero from Weird Western Comics was the ideal focus for a morality play.

Jonah Hex, bounty hunter who suffered a near-death experience (and can now “talk” with the dead) is the hero. Disfigured during the Civil War by Colonel Turnbull (John Malkovich, looking like a reject from a spaghetti western), Hex finds the Colonel still alive on the eve of the nation’s Centennial (and plotting the resurgence of the South via the Nation-Destroyer, sort of a Manhattan Project of the Civil War that was never used).

There’s some stuff that boggles your mind at first—horse-mounted Gatling Guns for instance. (Not as crazy as it sounds. The Army tried mule-mounted howitzers at Council Bluffs, Iowa in the l860s; the watching crowd of brass was menaced when the mule turned to see what the noise from the cannon-fuse was, and the recoil, when the cannon fired, knocked the mule off the bluff. So horse-mounted Gatlings seemed at least reasonable to someone in the 1800s.)

The movie tries to do more than it can deliver, which makes it seem worse than safer movies. The battle between good and evil is signified in a dream/reverie ass-whipping fistfight between Hex and the Colonel. We only see the end of it at the movie’s conclusion, when things work out in real life in a fairly nasty battle on a gunboat in the Potomac Tidal Basin.

I had no hopes for this movie, but an hour in I started rooting for it to get way better and turn into something swell, despite its origins. No luck, of course.

Lawrence Person: Two of writers Neveldine and Taylor’s previous movie outings were Crank and Crank 2. (I didn’t see their third, Gamer, because the previews made it look like a waste of a perfectly good Dexter.) No way would you call Crank/2 classics, but if you looked on them as big budget exploitation films, they were quite satisfying as a sort of guilty pleasure cinematic junk food. Like the Hong Kong action films that obviously inspired them, they were non-stop cavalcades of deeply improbable violence, but like good exploitation films, they were willing to do anything to keep your attention, no matter how insane, gross or lowbrow. But both Cranks were also directed by Neveldine/Taylor, whereas Jonah Hex is directed by, uh, the guy who helmed the remake of Horton Hears a Who. Evidently Neveldine/Taylor bowed out over creative differences. It shows.

A Neveldine/Taylor version would have at least had some frenetic novelty value going for it. Sadly, the actual Jonah Hex has very little going for it at all. It’s not awful, it’s just not good. It’s mediocrity incarnate. There’s guilty all right (after all, you could be watching Toy Story 3 instead), but there’s precious little pleasure.

It’s obvious that the film went through several sets of radically different re-writes, and what remains on the screen is an amalgamation of several of them, and the “dream fight between Hex and Turnbull in Hell” is obviously the remnant of a different script. And despite the sparse 84 minute running time (including the credits), the movie is still padded out with unnecessary dream sequences and flashbacks.

HW: Considering the script, the acting is fine. Megan Fox is fairly good in an underwritten working-girl-with-a-heart-of-gold role. The hellhound Hex befriends is pretty wonderful.

LP: Having not seen any of her previous films, I wasn’t sure before seeing this one whether Fox (Hollywood’s designated lust object for the last couple of years) could actually act or not. Now that I’ve seen Jonah Hex, I still don’t know. She’s trying, but neither the director nor the script is giving her (or Josh Brolin) much help.

In the Cavalcade of Crazy Confederates, Kenneth Branagh’s scenery-chewing performance in Wild Wild West is far and away more interesting than John Malkovich’s bloodless turn as villain Quentin Turnbull. Malkovich is an exceptionally effective actor in the right role, but here his usual underplayed approach is (much like Peter Fonda’s Satan in the slightly better Ghost Rider) at odds with both the character and the source material. And yes, Jonah Hex just came out on the losing end of comparisons with Wild Wild West and Ghost Rider. If that doesn’t scare you away, nothing will.

Indeed, this version of Jonah Hex plays like an attempt to rip off the movie version of Wild Wild West, and fails (never mind why you would even attempt such a thing, save out of sheer perversity), mainly because the Nation-Destroyer isn’t nearly as interesting as the giant mechanical spider.

The only actor who seems to be having any fun in this film is Michael Fassbender’s Crazy Tattooed Irish Henchmen. He’s having such a blast that he would have done fine in that parallel universe Neveldine/Taylor version.

In a sense, the fact that Jonah Hex is as watchable as it is, is a credit to Hollywood professionalism. With such a poor script and such indifferent direction, reaching the level of “meh” is actually quite an achievement. So to the foley artists, key grips and film editors of Jonah Hex, I say take a bow. You’ve managed to snatch mediocrity from the jaws of abject failure.

HW: You needn’t worry about a sequel—I saw this with about 20 people in a 400-seat theater.

Dead, and a Rival: A Review of The Lazarus Effect 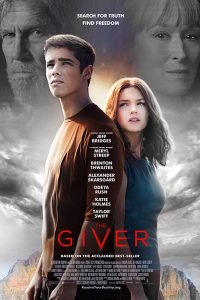 ‘A Black-and-White Movie, in More Ways Than One’: A Review of The Giver 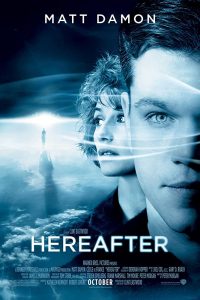 ‘A Life That’s All About Death’: A Review of Hereafter