He compiled The Checklist of Fantastic Literature: A Bibliography of Fantasy, Weird and Science Fiction Books Published in the English Language (1948), which formed the foundation of modern SF bibliography. With T.E. Ditky he edited the first annual Year’s Best anthology series, with The Best Science Fiction Stories appearing annually from 1949-54. Bleiler received a special professional World Fantasy Award in 1978, and was given a World Fantasy Life Achievement Award ten years later. He won a Pilgrim Award from the SFRA in 1984, a First Fandom Award in 1994, and was named a Living Legend by the International Horror Guild in 2004.

Bleiler was born April 30, 1920 in Massachusetts. He attended Harvard, graduating in 1942 with an Anthropology degree. He went to the University of Chicago after the war, where he took a degree in the history of culture. He began working at Dover Publications in 1955, eventually becoming executive vice president, leaving in 1977. While at Dover he edited numerous volumes of genre interest. After leaving Dover, he worked at Charles Scribner’s Sons until 1986. Science Fiction: The Early Years (1991) and Science-Fiction: The Gernsback Years (1998), in collaboration with his son Richard Bleiler, were both Hugo finalists.

He is survived by Ellen, his wife of 54 years; four children; and five grandchildren.

Full obituary in the July issue of Locus.
More at the Encyclopedia of Science Fiction. 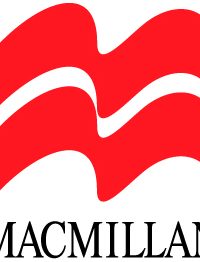