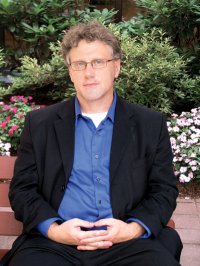 Charles Coleman Finlay grew up in Marysville Ohio, and has lived in central Ohio for most of his life. His first published story was “Footnotes” in F&SF in 2001.

Finlay’s first novel The Prodigal Troll (2005) was both a thought-provoking fantasy and an homage to classic adventure fiction, set in the world of his stories “A Democracy of Trolls” (2002), “Love and the Wayward Troll” (2005), “The Nursemaid’s Suitor” (2005), and “Abandon the Ruins” (2006). His Traitor to the Crown trilogy, a secret history of the Revolutionary War with magic, appeared under the byline C.C. Finlay: The Patriot Witch (2009), A Spell for the Revolution (2009), and The Demon Redcoat (2009). In 2003, Finlay was a finalist for the John W. Campbell Award for Best New Writer.

Finlay is active as a teacher and mentor in the field, serving as administrator of the Online Writing Workshop from 2000-2007, and teaching at Clarion and the Clarion Young Authors Workshop, the Alpha Writers Workshop, and numerous convention workshops. He also founded the Blue Heaven professional novel writing workshop and served on the juries for the Philip K. Dick Award and the Andre Norton Award for Young Adult Science Fiction and Fantasy.

“If there’s one thing you need to know about me, it’s my background. I’m trailer trash. I grew up in a trailer park next to the city dump and the sewage treatment plant. No man in my family had ever gone higher in school than the eighth grade, and no one had ever gone to college. But there were readers in my family. My mom had been a reader, although when I was young she was working two jobs most of the time. That’s because my father was an abusive alcoholic, so she packed up me and my sister and moved from New York back to Ohio to start over again. The trailers we lived in always had stacks of books and she always made sure that I had things to read. Reading was my escape — from the trailer park, from all the fights I had with other kids, from the smell of trash and sewage.

“But more than that, the characters in books became my role models. So there I was, stuck in this trailer in Ohio reading Tarzan — that’s not like being in the arms of a gorilla in Africa, I’m not saying that. But it put things in perspective. That was my attraction to the literature of the fantastic from a very early age, the scale and scope of it. I’d think, if Frodo can carry the Ring to Mount Doom, then I can get through my problems. In fantasy and science fiction, I saw characters who were faced with horrible, unfair situations and somehow they always managed to rise above them. That was very appealing to me.”

“I got lucky. Gordon Van Gelder at F&SF bought seven stories from me in about a year. They were all over the place — something experimental, comic science fiction, space opera, Leiberesque sword-and-sorcery, high fantasy, alternate history. As I wanted to develop my career and move into novels, that posed challenges because I didn’t have an identity as a writer. When Bill Schafer at Subterranean came to me with the idea of collecting all my sword and sorcery stories, I didn’t have enough of them and I wasn’t in a space where I could write 60,000 words more, so I said, ‘Can we do a collection of all my different stories instead?’

“That’s how Wild Things came about. That was a collection that had something for everyone to hate. I got a lot of reader reviews from people who were looking for just one kind of kick — fantasy, hard SF, horror — so they would love one story and then hate all the others. If I ever have another chance to do a collection, it will just be sword and sorcery, just science fiction, just horror. I won’t jump all over the place, because that didn’t work.”

“These days, I think the impulse toward short stories, and the short story market in speculative fiction, is profoundly anticommercial. It’s reaching for an audience that’s interested in other things. So that transition between what makes for a satisfying short story and what makes for a commercial novel is a hard one to bridge. There are writers who are doing it — people like Tim and Tobias, Jay Lake, Elizabeth Bear — but it’s hard.

“The Traitor to the Crown trilogy — The Patriot Witch, A Spell for the Revolution, and The Demon Redcoat — is a secret history of the American Revolution in which witches and magic play the central role. The Revolutionary era is a great period of history, one where there are so many larger-than-life figures to work with and really interesting things happening. The belief in the supernatural is already present, and some people — like the Count and Countess Cagliostro — were actually trying to influence events through the use of the supernatural. And there are so many events that are unexplained that it’s the perfect setting to explore in fiction.”

Read the full interview in the January 2010 issue of Locus. 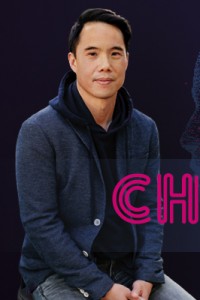 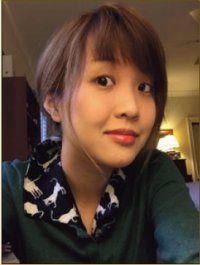