Joe Haldeman was named the 2010 Damon Knight Memorial Grand Master. The Grand Master award is the Science Fiction and Fantasy Writers of America’s highest accolade and recognizes excellence for a lifetime of contributions to the genres of science fiction and fantasy.

SFWA President Russell Davis announced the decision after consulting with the Board of Directors and participating past presidents. “Giving the Grand Master is one of the true pleasures of serving as the President of SFWA,” said Davis. “Being able to give it to Joe Haldeman–a past SFWA president, an extraordinarily talented writer, a respected teacher and mentor in our community, and a good friend — is not just a pleasure, but a genuine honor.”

In total, Haldeman’s writings have garnered him five Nebulas, five Hugos, and a host of other awards, as well as numerous nominations. Haldeman will be the 27th writer recognized by SFWA as a Grand Master.

Joe Haldeman recently headed home to Gainesville FL after several weeks in a Cincinnati OH hospital following surgery for a twisted bowel and severe pancreatitis, and several further weeks of outpatient treatment. Haldeman said,”Still a couple of surgeries to go, but at least I’ll be able to recuperate in the sunshine. And I’ll recover much faster, surrounded by my telescopes and art stuff.” More information available at Haldeman’s Daily Diary on sff.net.

The presentation of the Damon Knight Memorial Grand Master Award will take place at the SFWA Nebula Awards® Weekend in May. The Nebula Awards weekend is available to the general public with advance registration. 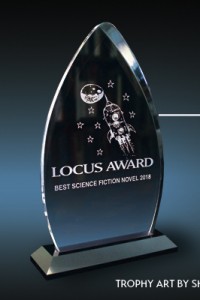