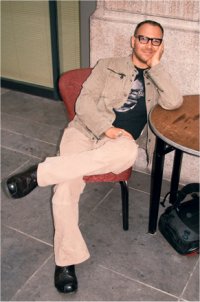 First collection A Place So Foreign and Eight More (2003) won the Sunburst award in 2004, and more short work was collected Overclocked: Stories of the Future Present (2007). His next collection With a Little Help from My Friends is an experiment in self-publishing, coming in 2010. Other stories were adapted as comics in Cory Doctorow’s Futuristic Tales of the Here and Now (2008).

Locus Award-winning first novel Down and Out in the Magic Kingdom appeared in 2003, followed by near-future SF Eastern Standard Tribe (2004) and urban fantasy Someone Comes to Town, Someone Leaves Town (2005). He achieved his greatest success with New York Times bestselling YA Little Brother (2008), which won the Campbell Memorial Award, Prometheus Award, and Sunburst Award, and was shortlisted for the Hugo and Nebula Awards. It was also adapted as a stage play. Adult novel Makers appeared in October 2009 (and was earlier serialized at Tor.com), and YA novel For the Win (an expansion of story “Anda’s Game”) is forthcoming.

Some of his essays were collected in Content: Selected Essays on Technology, Creativity, Copyright, and the Future of the Future (2008). He is a contributor to popular blog Boing Boing, “a directory of wonderful things,” and co-edited anthology Tesseracts Eleven with Holly Black (2007).

Doctorow was European Affairs Coordinator for the Electronic Frontier Foundation until 2006, when he quit to write full time. He remains a Fellow of the EFF, and acts in an advisory capacity. He was named the 2006-2007 Canadian Fulbright Chair in Public Diplomacy at the USC Center on Public Diplomacy, and did a one-year writing and teaching residency at USC (2006-07).

“In January of last year I looked at my wife and said, ‘Do you realize, in the last 18 months we got married three times on two continents, had a baby, changed countries, you changed jobs, I wrote two books, published three books, went on a book tour, we went on our honeymoon, and I spent a month researching the next book in India and China?’ Yeah, that was a busy 18 months!

“When I started at the Electronic Frontier Foundation, I told my boss, ‘I’m only going to do this to the point where it doesn’t interfere with writing. If — when — the writing expands to that point, I’m going to resign in good conscience, rather than come to a point where I’m either neglecting you or resenting you.’ When I did resign, my boss was absolutely delighted, because it meant I was succeeding. I remained on board as a Fellow of the organization, which put me inside the confidentiality circle of attorney-client privilege, but I don’t take a salary anymore. I continue to raise funds, make substantial donations, and work on campaigns and cases with them.”

“This mythological Edenic period in which all you do is write and the world ceases to hammer at your door never emerged, nor I think will it ever. I don’t think anyone has that life — at least not that I know of. If I want to be totally honest with myself, I don’t know what I would write about if I didn’t have all this other stuff going on in my life.”

“I’m going to be doing more YAs after Little Brother. I’m just finishing For the Win, basically a novelization of ‘Anda’s Game’. It’s about union organizers and video games, set in Southern California, the Pearl River Delta of China, and Mumbai, India, along with bits of Singapore and Malaysia. Kids are forming a global union called the Industrial Workers of the World Wide Web. After that will be another YA called Pirate Cinema, about kids who decide the entertainment industry is an existential threat to democracy and set out to destroy it.

“My adult novel Makers came out recently. One of the things it’s about is something I also wrote a Locus essay about: the idea that there’s such a thing as progress. I think what there really is, is change; specifically, there really isn’t technological progress, merely technological change. What that change does is disrupt status quos, and every status quo has its in-group and its out-group. There are always people who benefit from a different status quo than what we labor under at any given moment, and technology gives an advantage to people who want to undermine the status quo. The status quo is much harder to defend with technology than it is to disrupt with technology.”

This review and more like it in the November 2009 issue of Locus. 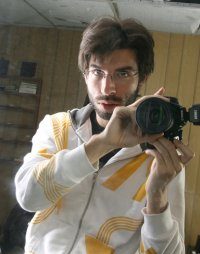 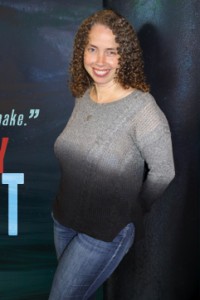