A couple of things that have caught my eye lately in contexts unrelated to sf. First, the opening lines from Shakespeare’s Antony and Cleopatra:

PHILO. Nay, but this dotage of our general’s
O’erflows the measure: those his goodly eyes,
That o’er the files and musters of the war
Have glow’d like plated Mars, now bend, now turn,
The office and devotion of their view
Upon a tawny front: his captain’s heart,
Which in the scuffles of great fights hath burst
The buckles on his breast, reneges all temper,
And is become the bellows and the fan
To cool a gipsy’s lust.

Look where they come:
Take but good note, and you shall see in him
The triple pillar of the world transform’d
Into a strumpet’s fool: behold and see.

[Enter ANTONY and CLEOPATRA, with their trains; Eunuchs fanning
her.]

CLEOPATRA. If it be love indeed, tell me how much.

ANTONY. There’s beggary in the love that can be reckon’d.

CLEOPATRA. I’ll set a bourn how far to be belov’d.

ANTONY. Then must thou needs find out new heaven, new earth.

It occurred to me that, if no-one has ever used this quote as the epigraph for an sf novel, they really should. (And if they have and I wasn’t aware of it, please tell me in comments…) It seemed such a wonderful idea that love could become so much of a solipsism that it could be used as a justification for remaking the world. One of the glories of Antony and Cleopatra is that the lovers’ inward plight (and, yes, solipsism) seems almost to turn the world. Sf offers the chance to literalise an idea like that: what would the new heaven and new earth be? A virtual world? A terraformed planet?

Second – and I realise I’m about to get the Pretension Police called on me for this – is something from the philosopher Wittgenstein‘s Blue Book.

A great many philosophical difficulties are connected with that sense of the expressions “to wish”, “to think”, etc. These can all be summed up in the question “How can one think what is not the case?”
[…] Supposing we asked [instead]: “How can we imagine what does not exist?” The answer seems to be: “If we do, we imagine non-existent combinations of existing elements.” A centaur doesn’t exist, but a man’s head and torso and arms and a horse’s legs do exist. “But can’t we imagine an object utterly different from any one which exists?” – We should be inclined to answer: “If redness, roundness and sweetness did not exist, we could not imagine them”.

I don’t know offhand of any other passages from major philosophers that are so directly about how to create cool aliens in science fiction stories. I find it very difficult to think of any sf stories where the aliens are not in some respect created by analogy. Even in a book like Stapledon’s Star Maker – rightly considered as the definitive work of sf-nal radicalism in its speculation about life on other worlds – the creatures are modelled one way or another on earthly examples. So far as there are aliens in sf that are really, irreducibly, strange, (I think) it’s not so much in their physical forms but in how they relate to humans or respond to the universe. (Greg Bear’s “Hardfought”, a very Stapledonian work, is one of my benchmarks here.) So…any counterexamples to Wittgenstein? Are there any sf creatures not composed of elements we already know? 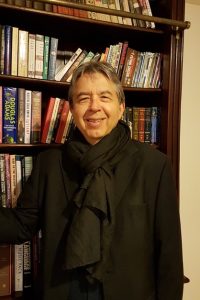