During the WSFS Business Meeting at Anticipation, blogger yonmei floated a proposal intended to get more women on the Hugo ballot. Yonmei’s plan, which has been called the “Joanna Russ Amendment” stated that, in the event of an all-male final ballot, the next highest woman would be moved up into the slate of nominees.*

The amendment didn’t pass — a good thing because it would have created more issues than it would have solved. Yes, there would have been more women on the final ballot but for reasons that had little to do with who voted for their work. The institutionalization of the concept that women can only succeed if the rules are changed would have been a nasty, backhanded message to send.
Still, women** have a way of not turning up in numbers larger than two on the final ballot for best novel. This has little to do with the quality of their work and everything to do with the demographics of the group voting on the award. The more effective way to solve the problem isn’t a change in the voting rules. The solution is to get more women involved with fandom so that they are invested in voting for the award.
That’s a much harder problem — and one that I don’t know that there’s an easy solution for. Women read SF/F, of course, and they write it.*** So why don’t they get involved with fandom, which doesn’t always mean going to a World Con, since you can participate without ever leaving your living room? And what can be done to increase the numbers of women who want to be involved?
———————————————
* The opposite would be true, too — if the ballot was all-female, the next male in line would be anointed.
** and people of color, etc., but that is another argument.
*** The whole “is there a barrier to women getting published in the genre” is, you guessed it, another argument.

May 28, 2014 admin Comments Off on Yolen Receives NEPR Award 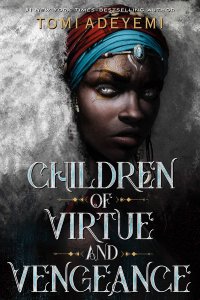 14 thoughts on “No one wants a pity Hugo”

CoNZealand, the 78th World Science Fiction Convention, received 2,221 valid ballots, down from 3,097 at Dublin 2019: An Irish Worldcon, Worldcon 77. There were 1,584 valid nominating ballots, down from 1,800. The procedure for counting nominations was the same as last three years, using the system known as E Pluribus Hugo, or EPH. The rather complicated point system gives a single point to each voter’s ballot, dividing that point among