So it’s clear that one of my sweet-tooths is for lists – but then, it seems, I share that vice with much of the sf/f community. Hence my interest in a recent post on The New Yorker‘s Book Bench blog, on “Seven Essential Fantasy Reads”. The post’s author, Macy Halford, says that:

I’ve read a few best-selling fantasy series—Harry Potter, The Lord of the Rings, His Dark Materials, Twilight, Narnia, A Wrinkle in Time, The Dark Is Rising—but I would never describe myself as an aficionado. First because all these books are on about a fourth-grade reading level, and second because I read them for their best-sellerness, not their fantasy-ness (to stay in the loop, I tell myself). I doubted whether the genre had more to offer adults—literary adults, adults who enjoy reading bonafide novels. If you happen to be a fantasy aficionado, you are no doubt shaking your head at the ignorance of that statement, as my friend Hugh Lippincott did recently. Hugh is a graduate student in physics at Yale, (hopefully) in the final year of a Ph.D. He spends his days searching for dark matter—I’m not sure what happens when he finds some—and his nights, apparently, reading fantasy books. He is also the author of the blog Physics for Mom, a guide to what he does written for the scientifically impaired.

I asked Hugh what he would recommend for someone like me—a beginning fantasy reader ready to graduate to more serious (but not too serious) fare. Here are his picks, complete with explanations of their greatness. He sent them to me with the reassurance that “there is no shame in being a real fantasy reader.”

As some people point out in the comments, this is an incredibly narrow list. All these books are in the same corner of the fantasy woods. If the goal is to reach “literary adults, adults who enjoy reading bonafide novels”, and to be “serious (but not too serious)”, then there are plenty more things that fantasy can offer. The real point is a definitional one. I don’t think that “fantasy” should be taken as synonymous with “heroic fantasy set in a secondary world”, and almost all of the books listed fall under that umbrella. There are plenty of other things to be found in a genre whose taproot works include The Man Who Was Thursday, A Voyage to Arcturus, the stories of Kafka and Borges, or the whole tradition of magic realism. That’s not to say I wouldn’t enjoy all the The New Yorker‘s choices – I’d be happy to second the recommendation of Kay and Rothfuss in particular. But here’s an alternative list. Like The New Yorker‘s list, it’s mostly recent stuff, and all (so far as I can see) readily available on both sides of the Atlantic.

I’m restricting myself to novels (hence the omission of, say, The Jaguar Hunter, Magic for Beginners, City of Saints and Madmen and almost everything by Howard Waldrop), and to books that are easy to get hold of (hence the omission of, eg, Geoff Ryman’s Was, M John Harrison’s The Course of the Heart, and John M Ford’s The Dragon Waiting). There are secondary-world novels there, like the Mieville, but also books that start in something resembling our own world, like the Gaiman. There are books that play with history (Clarke), with place (Carter), and the idea of story itself (Crowley). And there are swordfights and explosions (Powers, Gentle). The book I most regretted omitting was Ursula le Guin’s Lavinia, my favorite fantasy of last year, but I’m not yet sure if it’s going to become canonical in the way that other books I’ve listed have. I’ve steered away from the territory where fantasy shades into horror, and have assumed that the goal of reaching “literary adults” means that a YA-centred list wouldn’t be a good idea. With those limitations aside, I think this is a pretty representative list. I’d be very interested in knowing what others’ lists would be. 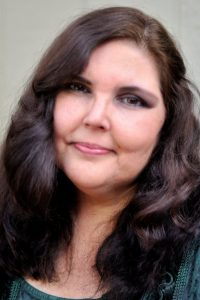 25 thoughts on “Graham Sleight: Listing to one side”