I’ve been reading John Crowley’s Four Freedoms lately and, though it’s not sf or fantasy [1], it is remarkable for (among other things) its portrait of the lives of disabled people in a World War II aircraft factory. And it got me thinking about portrayals of disability in sf and fantasy [2]. Short version: I couldn’t think of many, and some of those I could think of were a bit reprehensible. Longer version: as I often do, when my brain goes blank on a topic like this, I went to the Clute/Nicholls Sf Encyclopedia and the Clute/Grant Fantasy Encyclopedia. I couldn’t find an entry on disability in either (though there were references in other places), so I tried Googling. This did uncover two very useful resources: a bibliography of works of sf/fantasy featuring disability, and a post by Adam Roberts on the same subject with some interesting suggestions in the comments. And though I have some works to add and other points to make, these (and especially the first) are really the obvious starting-points on the subject. There’s also a very interesting interview with Gregory Bernard Banks, a writer who does actually deal with these issues. (ETA: Also, here are Kate Nepveu’s notes from a Worldcon panel on the subject.)

So, armed with my new-found list of works, I got thinking about the range of ways in which physical disability gets treated in sf and fantasy. Some rough & ready categories:

(Coverage of mental disability in sf and fantasy is a whole other topic/post, though some of what I’m saying applies there too. There’s also a set of sort-of related topics that I’m also gliding past here, like the treatment of the old in sf, and how much what I’m describing about the physically disabled looks like what happens to issues of sexuality, race, and so on.)

Anyhow, the basic point remains: there are very few disabled characters in sf and fantasy and the treatment of some of them, at least, makes me a little queasy. There is also a peculiar tendency to use disability as something overtly symbolic (like all those blind prophets) rather than (as in the Crowley book) something that’s just there. There may be a number of reasons for this kind of avoidance.

One is the obvious one, that sf/fantasy shares with the rest of literature: able-bodied society tends to shut the disabled out of its perceptions, and this is reflected in its literature as in other aspects of its culture unless a conscious effort is made to do otherwise. But I think there’s also a reason specific to sf and fantasy. Both tend to be literatures of exploration and the frontier; it’s far more difficult to imagine someone, say, an astronaut being the first person on a new planet if they have to contend with physical limitations over and above the norm. (Not impossible, though – ages since I’ve read it, but isn’t there an astronaut picked in The Space Merchants because he’s far smaller than normal?) Moreover, sf in particular tends to present technology as something that gets round the limitations of the body (as it gets round the limitations of distance, time, death, and so on.) So if that’s the meta-story, it’s almost an automatic consqeuence that the disabled won’t have a part in it; or, if they do, won’t have much agency. One reason I rate “The Winter Market” and “The Girl Who Was Plugged In” so highly is that they don’t duck the idea that the technology used to help the disabled will be clunky, bodily, and may cause as much pain as it cures. But, as I’ve hinted already, that goes against the grain of a genre that so often has transcendence as its goal, and that so often presents transcendence as leaving behind the body. Which may be just fine for Dave Bowman, ascending into ethereal wonderment at the end of 2001, but it’s a lousy prescription for the rest of us, disabled or not. The more I think of it, sfnal transcendence seems like avoidance. A final, related reason. There’s an old argument, which I don’t buy, that sf should be “optimistic”, and that stories not manifesting the right kind of spirit – that whatever problems we might run into in the future are fixable – somehow fail the spirit of the genre. (Yes, I know I’m creating a bit of a strawman, but not much.) Stories like “The Girl Who Was Plugged In” and “The Evening and the Morning and the Night” are pretty difficult to describe as optimistic in that sense. The latter is a story of coping, but that’s very different from fixing. Maybe coping with disability isn’t a story that’s as fun to hear as fixing it, but coping is surely more true to life.

_________________________
[1] I feel obliged to note that Charles Brown disagreed with me on this because, he said, its plot centres round an aeroplane and a town that don’t exist in the real world. Unfair of me though it may be, I still think he’s wrong.
[2] I’d written most of this post before I saw, on John Scalzi’s blog, a controversy about representation of disability and sexuality in Stargate: Universe.
[3] In thinking about this subject, I did come up with a bunch of examples of characters in fiction (fantastic and otherwise) who are blind, but hardly any who are deaf. Obviously there are technical problems with including a deaf character in a dialogue-driven novel, but that can’t be the only reason. Or am I missing some deaf characters?
[4] Academics interested in this field, and its intersection with feminism, will almost certainly already know Donna Haraway’s “A Cyborg Manifesto“. 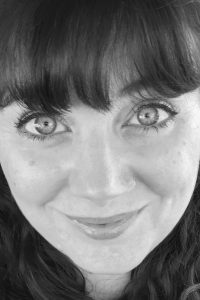 12 thoughts on “Disability and Sff”