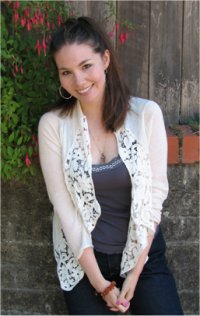 Marjorie M. Liu grew up near Seattle. She studied East Asian languages and cultures and went to law school. She was admitted to the bar in 2003, but her true love was always writing. She has traveled extensively throughout Asia, and that region often appears in her fiction.

Her first novel Tiger Eye (2005) began her Dirk & Steele paranormal romance series, which includes Shadow Touch (2006), The Red Heart of Jade (2006), Eye of Heaven (2006), Soul Song (2007), The Last Twilight (2008), The Wild Road (2008), and The Fire King (2009). More are forthcoming. Her urban fantasy Hunter Kiss series started with the eponymous novella in anthology Wild Thing (2007) and continues with novels The Iron Hunt (2008) and Darkness Calls (2009). She also contributed to the second book in the Crimson City shared world series, A Taste of Crimson (2005). She attended the Clarion Writing Workshop in 2004. Marjorie also does original comics work, notably on the NYX series for Marvel, and wrote tie-in novel X-Men: Dark Mirror (2005). Starting in June 2009 she will be co-writing Dark Wolverine with Daniel Way.

“Romance readers are probably the most flexible and receptive readers I’ve ever encountered. They are voracious. At conventions, people will arrive for an autographing session with empty suitcases, and then leave with three or four hundred dollars worth of signed books: science fiction, fantasy, pure romance, every genre imaginable.

“And yet, on the science fiction/fantasy side of things, I’ve found that many readers, no offense, have a more deeply ingrained resistance toward reading outside genre. Romance novels, in particular. There’s an ‘ick’ factor, a negative reaction that occasionally carries over to urban fantasies, which to some have become irrevocably (and damningly) linked together.

“Urban fantasy is hard to define. When I was growing up it seemed to be magical realism, stories invoking myth and folklore — fantasies set in our contemporary world, transforming the everyday and mundane into something mysterious and exciting. That’s what urban fantasy meant to me when I first began reading it. Layers of magical realities, skimming our own. It was intoxicating stuff, not only because it fed the imagination, but because it created this wonderful bond between the everyday and the fantastic. Other worlds were here and now.”

“So, I had always loved higher-than-average doses of romance in the books I read, and when I started writing romance — specifically, paranormal romance, it felt like a perfect fit. I love writing about first meetings and falling in love. I love writing about two people coming to some tender, sympathetic understanding — that, hopefully, will last them the rest of their lives. In romance there’s the hero and the heroine — on a mission, a journey together — and the romance reader is assured of the fact that no matter how ugly, how gritty, how awful it gets, at the end of the book they will be in love, with the probability of a happy ending.

“Modern urban fantasy series are equally compelling, but the bone structure — the character journey — is slightly different. The subplot is the relationship, not the other way around — and what you can be certain of, or hopeful for, is a sense of evolution in the characters you invest your time with. No guaranteed happy ending. Just a promise of development and fruition across books, a shifting landscape of relationships and conflicts. I am, of course, speaking in generalities — but what I love about writing a series like Hunter Kiss is that I’ll have the opportunity to enrich these characters and their world over time, in a natural progression.”

“Tiger Eye is about a female tourist in Beijing who goes to the Pan Jia Yuan dirt market, where an old woman forces upon her a magic puzzle box. The heroine is an artisan blacksmith with a psychic affinity for metal, and when she opens the box a shapeshifter appears who has been imprisoned for two thousand years. He’s compelled to serve anyone who opens the box, and becomes bound to them for the remainder of their lives. He’s the hero, obviously — and when someone tries to assassinate the heroine, and it’s discovered that the person who cursed the hero with slavery is still alive, the craziness kicks in with yet more psychics, immortals, magic, detective agencies, dragons, conspiracy — and yes, romance.”

“My other series, Hunter Kiss, is decidedly an urban fantasy. It began with a novella I wrote for an anthology about a woman covered in living tattoos. By day these tattoos make her invulnerable: she can be hit by a bus, bullets bounce off her, etc. But when the sun goes down these tattoos peel off her body and they become a demonic army. The demons are like goofy little kids — they love chocolate, cartoons, teddy bears — but they’re also super-lethal. And they protect her because if she dies, in theory they die. They have to keep her alive, at least until she has a daughter. The bloodline is tragic. The women don’t live long.”

“Because I started out writing paranormal romance, I did have some problems with reader expectations when The Iron Hunt came out. Some were expecting more of what I had written in the past, but in the Hunter Kiss series the couple are like two socks: they already go together. There’s not much romantic tension. In the long run, though, I don’t think it’s hurt me. My romance novels are already heavy on action, adventure, and mystery.”

This interview and more like it in the May 2009 issue of Locus. 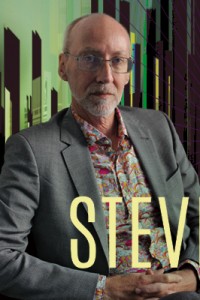 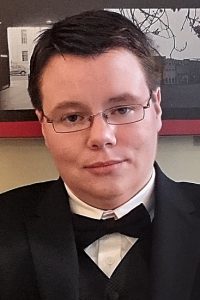