Lucy Clifford’s “The New Mother” (1882) is—I’m sure unintentionally—one of the weirdest and most unpleasant stories I’ve ever encountered. When I linked to it, and a bunch of other horror stories, a few weeks ago, I was intending to do a post on things unsaid in horror stories—the effect of not describing something. However, I soon realised that a) that’s an impossibly vast topic; b) it might be better to try to address it when I have my hands on the forthcoming Best of Gene Wolfe; c) the Clifford was interesting enough to merit a post on its own. Spoilers for the Clifford follow, and also for Neil Gaiman’s Coraline

. (And, parenthetically, there’s an interesting debate on spoiler statutes of limitations, at John Scalzi’s.)

A brief synopsis first, if you’ve not read the story—though it’s short enough that it’ll scarcely take a quarter of an hour of your time. Two children, called Blue-Eyes and the Turkey, live with their mother in a house on the edge of the woods. Their father is away overseas, and so their poor dutiful mother has to raise them on her own. On an errand for their mother, the two children notice an urchin girl sitting by the side of the road. The girl tempts them with the promise of gifts, but says that in order to earn these they must be naughty—they must upset their mother and break the crockery. When they return home and explain to their mother how they wish to be naughty, she says that they mustn’t do this, or she’ll have to go away and leave them in the care of a “new mother” with glass eyes and a wooden tail. When, later, they encounter the urchin girl again, she tells them that of course the new mother is a fiction: “Of course really there are no mothers with glass eyes and wooden tails; they would be much too expensive to make.” So the children do indeed return home and break the crockery and throw food on the floor; despite repeated warnings from their mother, they persist in this. So the mother leaves with tears in her eyes; the new mother arrives, although she’s only partly glimpsed. She breaks down the door of their little house with her wooden tail, and the children flee in terror. They are reduced to living alone in the woods, while occasionally catching a glint of the new mother’s glass eye through the window of their old home.

The obvious thing to say is that it’s a product of its time—even the word “naughty”, repeated throughout the story, has a prim, Victorian feel to it. And it’s hugely manipulative, of course: as a cautionary story for children, it plays on the most basic fears of abandonment by parents and uses them to extort the good behaviour it wants. The vastly disproportionate punishment for “naughtiness” is another way in which the story puts a thumb on the scales, and so is assigning the “realistic” point of view—that the New Mother doesn’t exist—to the tempter, the urchin, who’s eventually proved wrong. And further: the New Mother is terrifying because she’s inexplicable. (Why, for instance, does she have or need a wooden tail?) The author could choose to tell us something about her backstory, but again—it fits with the child’s-eye viewpoint Clifford chooses—she instead decides to tell us that the world is vaster and more baffling than children can comprehend. Her last turn of the knife is to reveal that the village urchin does indeed know about the New Mother, and to hint that she may have induced the children to their naughtiness with this outcome in mind.

though Gaiman, as you’d expect, presents both a subtler and a more palatable tale. I’ve not yet seen the movie (it’s not out here in the UK till May), but one of the things I most liked about the book was that it took similar horrors as Clifford but wrote against the grain of her story. Coraline falls through into another world where soulless substitute parents (“the other mother”) want to make her like them by sewing buttons to her eyes. (Like the wooden tail, an inexplicable grafting of the inorganic to the organic.) But Coraline is smart enough to be able to figure out the rules of this world, to gather some agency for herself and so escape – a possibility alien to Blue-Eyes and the Turkey. Unlike “The New Mother”, Coraline also works as a tale for adults: I read the fake parents as dire warnings to parents who might be reading the book. The fake parents seem initially to be open and caring, but Coraline can see through them, can distinguish fake love and real love. If you’re a parent (it says), make sure you’re for real in how you treat your children, because they can tell the difference, and it matters. In short, that’s the difference between the Clifford and the Gaiman. In the Clifford, the only decision that gets made is the childrens’ choosing to be naughty. Everything else is just playing out of consequences: the mother has no choice but to leave and to send in the New Mother—whereas Coraline says that there are always choices to be made, by everyone. 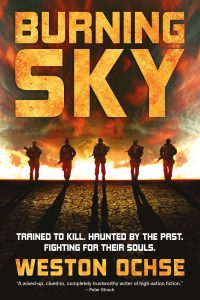 9 thoughts on ““The New Mother” and Coraline”