I spent a portion of this past weekend at the huge AWP convention here in Chicago–that’s the Association of Writers & Writing Programs, which claims to be the largest annual gathering of writers and poets in the country. And it may well be; I’ve heard attendance figures in the 7,000 range, even though I haven’t seen anything official, and the program itself was huge, with hundreds of panels, seminars, and readings. It was in general a very impressive event, filled with very nice people obviously having a good time. The exhibit space was filled with more small presses and university presses than I’ve ever seen in one space, and it seemed as though just about every creative writing program in the country was represented as well.

What I’m curious about, though, is this: I’ve never attended a literary gathering this large in which fantastic or genre literature was so thoroughly invisible. I scoured the program both in print and online, and could find virtually no references to science fiction, fantasy, horror, or even anything that might refer to slipstreamy hybrids. Even young adult fiction only showed up in one or two places. In the book exhibit, I had a nice talk with Lawrence Schimel, and I heard that Small Beer had a booth, but it was generally as arid as the programming.

My question, naive as it may sound, is: what’s the deal with creative writing programs and fantastic or genre literature? Even the Modern Language Association, historically a bastion of scholarly austerity, has been paying at least some attention to science fiction and fantasy for many years now. And I’m aware that a number of distinguished writers in our field either direct or teach in MFA programs, but for the most part they weren’t at this convention at all.

Like many of you, I’ve heard numerous stories of aspiring writers who were told unequivocally that genre fiction would not be tolerated in their MFA work, but when I talk with MFA teachers, most deny this and many cheerfully admit to reading at least some marginally genre work. And, of course, there are workshops like Clarion and Odyssey, but these aren’t MFA programs as such.

This isn’t a question about which creative writing programs are “genre-friendly,” although I suspect there are more than a few young writers who’d appreciate such a list, but why, in the vast majority of such programs–at least as represented at this AWP conference–genres are simply invisible. I’d be glad to hear anyone’s explanations or theories. 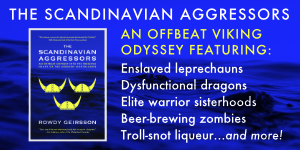 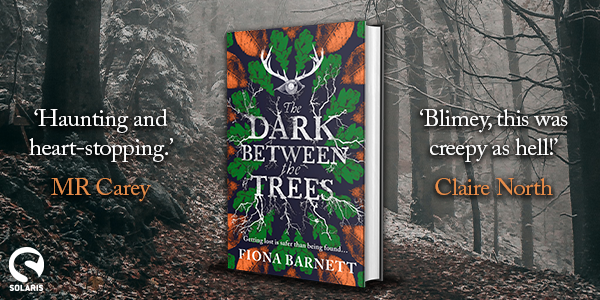 My friend Katherine Myronuk once told me, “All complex ecosystems have parasites.” She was talking about spam and malware (these days they’re often the same thing) and other undesirable critters on the net. It’s one of the smartest things anyone’s ever said to me about the net – and about the world. If there’s a niche, a parasite will fill it. There’s a reason the cells of the organisms that