Worldcon 76, the 76th World Science Fiction Convention, took place August 16-20, 2018 at the McEnery Convention Center in San Jose CA. Guests of honor were Spider Robinson, John Picacio, and Chel­sea Quinn Yarbro; Frank Hayes as music guest of honor, Pierre and Sandy Pettinger as fan guests of honor, Edgar Pangborn as ghost of honor, and Bob Wilkins as gHost of honor. There were 5,440 attending members, including kids-in-tow (down 9% compared to Helsinki’s 5,949, up 18% from MidAmeri­Con II), including day-pass holders, hall admissions, and dealer passes. Adding supporting memberships and paid no-shows, the total registered membership was 7,812, down from Helsinki’s 8,753.

Situated in sunny downtown San Jose near the Tech Museum of Innovation, the convention center complex comprised an array of wings and expansive rooms and was attached to both the Marriott and the Hilton; the party hotel was the Fair­mont, a block and a half away. Outside temperatures ranged from balmy to hot, but the convention center itself was comfortable. The events began with optional tours to the Winchester Mystery House on Tuesday and the Silicon Valley Outer Loop on Wednesday. Registration opened Wednesday afternoon, suffering some technical difficulties, and by Thursday the lines extended across the length of the convention center. Pocket programs ran out, to become available again later.

Dining options at the convention facility amounted to the more expensive hotel restaurants connected to the center or homey but affordable food options at Callahan’s Place, the at-con bar. Quality options were plentiful within a few blocks, and even greater for congoers willing to range farther, including grocery and corner stores. The hospitality suite offered snacks and drinks, and a small green room was available for panelists and participants.

After an online outcry, preliminary programming was revamped to deal with issues with panel descriptions and assignments, with an influx of volunteers as­sisting in the weeks before the con. The program schedule and convention guide was available via the Grenadine mobile app and website interface, which listed 756 program participants. 27 available tracks included academic, art, costum­ing, gaming, literature, writing, and technology, plus tracks for children. The schedule showed 771 items, (down 17% from 2017’s 931 and down 25% from 2016’s 1,029) with only 18 items on the children’s track (down from 62 in 2017 and 38 in 2016), and included 49 readings, 57 kaffeeklatsches, 3 concerts, 4 Strolls with the Stars, and more.

Con chair Kevin Roche said, “The main complaint we heard repeatedly was that program rooms were too crowded. I have to say I’ve never seen such engagement with a Worldcon program as we had; almost every item was full.” Highlights included “Macro to Micro: Worldbuilding Workshop with N.K. Je­misin”; “Lotería (AKA Mexican Bingo)” with GoH Picacio; “Ready, Steady, Flash” moderated by Lee Harris, featuring Becky Chambers, Daryl Gregory, Seanan McGuire, and Alasdair Stuart; “Sciencing the Heck out of Exposition” with Catherine Asaro, Marko Kloos, Nancy Kress, and Larry Niven; and the Nightflyers preview with George R.R. Martin and Jeffrey Buhler. Films, an­ime, and cartoons played Thursday through Sunday, and 15 dances were held throughout the extended weekend.

The beneficiary of the charity auction as well as other fundraising efforts was the Alzheimer’s Association of Northern California and Nevada in honor of GoH Wilkins, who died of Alzheimer’s-related complications. Charity auction director Ric Bretschneider said, “We were able to finish Saturday, following the voice auction, with only 12 items left unclaimed… During the closing cer­emony we gave the representative from the Alzheimer’s Association a check for $15,000.”

Christopher J. Garcia hosted the Masquerade Saturday night with area head Karisu Wen. The Workmanship Awards for Best in Class went to the Knight Radiant in Novice, Silver Birch Dryad in Journeyman, and Mummy for Noth­ing in Open.

Curated exhibits head Rebecca Tinkham Hewett said, “There were a total of 24 curated exhibits: seven Guest of Honor exhibits, eight on fannish culture and/or history, four science exhibits, two literature-themed exhibits, two fun prop photo ops, and one fine art exhibit…. During the weekend I saw people interact­ing [with] the curated exhibits in various ways. They would go inside the spaces, read and look at material, sit and listen to music and AV in the space, donate items, and attend docent tours.”

The dealers’ room was a spacious cordoned section of the enormous shared hall which held the art show, exhibits, fan tables, autographing areas, Callahan’s, and more. Head of the dealers room Angela Jones-Parker reported over 120 dealers, saying, “This year the Worldcon 76 Dealer Room ventured out onto social media in partnership with the Art Show to promote individual businesses online. We also had a section of the Dealer Room dedicated to ‘Maker Dealers’ to tie in with the massive amount of interest in the local area to maker spaces.” Despite mixed responses regarding organizational issues, dealers reported being happy with layout and foot traffic. Owner of Borderlands Books and Café Alan Beatts said, “Sales were better than any three other conventions (combined) that we’ve ever done. We hosted many signings, which were all well attended, and traffic by our booth was excellent.” Author and Haikasoru editor Nick Mamatas said, “Sales were very brisk; we quickly sold out of our backlist hard science fiction titles, and overall saw a 15% increase from our Kansas City table. Fans liked our positive science fiction, enjoyed meeting Gene Mapper and Orbital Cloud author Taiyo Fujii, and were excited to see Japanese SF represented at the con.” World Weaver Press editor-in-chief Sarena Ulibarri said, “We had a great time, sold a decent number of books, and talked to a ton of people.” Shahid Mahmoud of Phoenix Pick reported “good traffic with above average sales” and Jacob Weisman of Tachyon said, “Many of our authors signed at the tables and hung out, sitting on the couch and comfy chairs we brought for them. Nick Mamatas’ early book release party for The People’s Republic of Everything was definitely a highlight at the booth, but we sold enough of everything we brought to make the convention an unqualified success.” Patrick Swenson of Fairwood Press said, “It’s hard for me to judge last year compared to the last WC for me, which was Kansas City, which was a record year for me…. Overall, it seemed to be a lively room.”

Two afternoon social events and 38 official parties were scheduled by bids and others, including New Zealand in 2020, Darwin’s Children, BABSCon, Brotherhood Without Banners, Queer as Fandom, and the Locus 50th An­niversary party. The Tor.com party was one of several private events.

The Fairmont bar provided a lively if sometimes overly noisy bar for min­gling, with an open plan that made spotting friends easy. The band drove many congoers away several evenings, causing barcon to float and vanish and reappear at other venues.

There were no official publisher parties – for the second time in a very long time, there was no big Tor party. This year’s Hugo Losers Party was “dedicated in the loving memory of Gardner Dozois, Bringer of Jello” and was a joint effort organized by Lenore Gallegos from George R.R. Martin’s team and Colette H. Fozard of Dublin 2019. Held at The GlassHouse, a glass-walled event space downtown, the party was boisterous and crowded, and featured tasty comfort food buffets, three open bars with SFnal drinks, a DJ, a chocolate fountain, a cake, and dancing oversized rave-bots!

The souvenir book was 154 pages, with cover art and some interior images by Picacio. Contents included a greeting from the chair, essays honoring the GoHs, sections on the Mexicanx Initiative and the LGBTQ Initiative, tributes to Ursula K. Le Guin, “Editing With Gardner” from George R.R. Martin’s blog, notes on San Jose, a list of Hugo Awards and Retro Hugo Awards winners since 1939, the full committee list, a WSFS business material insert, and an In Memoriam page. Worldcon 76 also provided a spiral-bound 182-page pocket program with listings and maps, and a four-page restaurant pamphlet.

The awards program was 22 pages, including a “Welcome” from ceremony directors Jessica Guggenheim and Randall Shepherd, a short explanation of the awards, lists of finalists, and a rundown of additional Worldcon 76 awards & recognitions (Big Heart, First Fandom, and more).

The Tower, the at-con newsletter, had early and late editions for a total of 11 issues, including one for the Masquerade. The newsletter featured site selection results, programming updates, events, useful information, and more.

For pictures from the convention and to read the full report, including a description of the Hugo Awards ceremony, see our October 2018 issue. 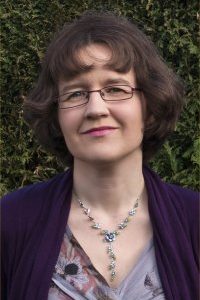