Author Dave Duncan, 85, died October 29, 2018 from a brain hemorrhage caused by a fall the previous week. Duncan was a founder and honorary lifetime member of SF Canada (Canada’s National Association for Speculative Fiction Professionals). He won the Aurora Award in 1990 for West of January and in 2007 for Children of Chaos. He was inducted into the Canadian Science Fiction and Fantasy Hall of Fame in 2015.

David John Duncan was born June 30, 1933 in Newport-on-Tay, Scotland but spent his entire adult life in Western Canada. He studied at the University of St. Andrews in Fife, Scotland, and moved to Canada in 1955 where he worked as a petroleum geologist until 1986. Duncan didn’t begin writing seriously until he turned 50, but was astonishingly prolific. His most successful works were fantasy, but he also wrote young-adult books, historical fiction, and science fiction.

Duncan was best known for his various fantasy series, including the Seventh Sword series, the related Handful of Men series, the Great Game trilogy, the King’s Blades series, and the related King’s Dagger YA series. Writing as Ken Hood he created the Years of Longdirk series. Daughter of Troy (1998) is a retelling of the Trojan War, written as by Sarah B. Franklin. Trial By Treason was published in October 2018 by Night Shade. His sixtieth novel, Pillar of Darkness (Five Rivers), is due out in January 2019.

Duncan lived in Victoria, British Columbia. He is survived by his wife, Janet (married 1959), his son, two daughters, and four grandchildren. 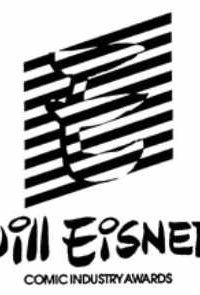