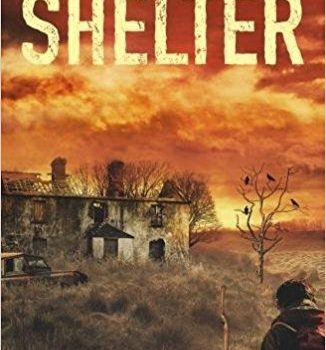 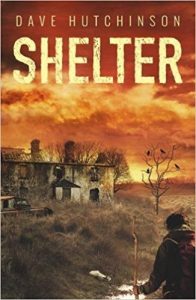 Dave Hutchinson’s new novel Shelter is what Brian Aldiss called a cozy catastrophe, though such stories were never truly cozy and not always a catastrophe. The question is, of course, why we might need another such catastrophe story, and why now? The answer lies not in finding a new way to tell an old story (though Hutchinson does), but rather in finding a new relevance for that story.

The ‘‘cosy catastrophe’’ has been a commonplace of British (primarily English) science fiction from Richard Jeffries and S. Fowler Wright, up to Keith Roberts and Richard Cowper. They are stories that tear the country apart, so that the landscape itself becomes the victim in an expression of some deep, existential worry about the state of the nation. At their most ubiquitous, in the work of John Wyndham and his contemporaries, cozy catastrophes were a reaction to the austerities of post-war Britain, the changing place in the world of a country that had emerged victorious from a terrible war, yet felt as if it had lost. Today, when a decade of austerity seems to be damaging the very institutions we most proudly proclaim as British, and when Brexit seems to mark a headlong and ill-considered rush into a radical transformation of the country’s self-image and international standing, the surprise may be not so much that the cozy catastrophe has re-emerged, but that it has taken so long to do so.

What makes Hutchinson’s novel feel particularly relevant is his analysis of how superficial any sense of civilization, fellow-feeling, or community is in the British psyche. Time and again he shows us characters making choices that have violent, devastating results simply because the sensible, communal, civilized choice would not have any popular support. There are two catastrophes in this story: one is entirely natural, long past, that simply sets up the situation; the other, which is at the heart of the novel, is entirely man-made.

The natural catastrophe happened something like a century before with the arrival of the Sisters, fragments of a comet that had been shattered in a collision out in the asteroid belt; the fragments arrived on Earth like shrapnel, too small and too fast for any chance of detection, let alone defence. Because the comet had broken up, Earth avoided the worst of a nuclear winter, but still suffered what Hutchinson calls a Long Autumn.

Now the Long Autumn is, perhaps, coming to an end. The weather is still dreadful, harvests are poor, and once-familiar foodstuffs are rare or often unknown. But there is a sense of a kind of society starting to be rebuilt: huddled, defensive farmsteads are starting to come together into communities, and would-be leaders are emerging. Coming after decades of privation, when every stranger was a potential threat, this is exactly the moment when society is at its most vulnerable.

The strongest and most sophisticated of these emerging communities is Guz, centered on Plymouth where the presence of the Royal Navy provided security and order throughout the worst of the Long Autumn. Guz is starting to send out agents to discover the state of things elsewhere in southern England. One of these agents, Adam Hardy, is dispatched to Thanet in Kent where, in the former seaside resort of Margate, a tyrant called Frank Pendennis seized power. Pendennis is the sort of tough-guy monster we’ve met in such stories before: he is ruling by force, the majority of the people caught up in his regime living in abominable conditions and forced to work like slaves. Pendennis’s ancestor is, perhaps, the Boss in H.G. Wells’s The Shape of Things to Come, and we’ve met his like before in Wyndham’s The Day of the Triffids and Roberts’s The Furies and elsewhere, and for a time it seems like Shelter is falling into an all-too-familiar cosy catastrophe pattern.

Fortunately, Thanet is little more than a sideshow. Once he escapes from Pendennis, Adam heads towards the Vale of the White Horse in Berkshire where, unknown to him, a prosperous and secure community of fortified farms known as the Parish is tearing itself apart. Here Max, the head of one of the largest families in the Parish, is waylaid by a bunch of kids. Hutchinson repeatedly reminds us that this is a young society: most people don’t live to old age, and most of the costliest mistakes are made by rash teenagers. And this hold-up is one of the costliest, because Max is severely wounded, but the three bandits are all killed. ‘‘You had a chance to stop that,’’ Max says to one of the dead bodies, a repeated refrain throughout the novel; but such chances are never taken.

It turns out that one of the dead boys is the son of the other big family in the Parish, and with a terrible inevitability, a war breaks out that nobody wants, but nobody can stop. After the austere years of the Long Autumn, everyone is too tired, too fraught, too frightened to listen to reason. Besides, there are other random factors at play: a failed farmer who embarks on a rampage of violence when he discovers that his wife has been cheating on him; a strange, unknown figure who calls himself Wayland and who constructs elaborate set-pieces of death; rumours of something coming from the north; and enforcers from Thanet hunting for Adam Hardy.

The peeling away of the veneer of civilization is forensic. Hutchinson does a superb job of illustrating how the ruin of the world has brought about the ruin of humanity. This is an old form made new, because it speaks to our current doubts and uncertainties, our unease at the way the world is going, our fear that sense will not prevail. The characters portrayed here are, without exception, tough, hardy people who have come through hardships we cannot imagine, but they are not people who let sense prevail. This is the first volume in a new sequence, The Aftermath, and how the landscape will be further damaged in future volumes, and what that might say about us, is something to be regarded with trepidation. 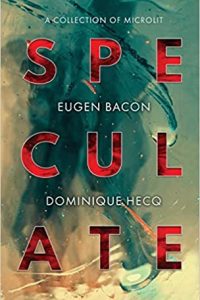 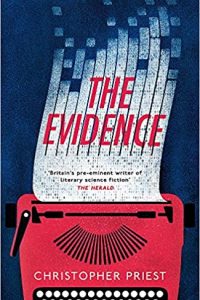