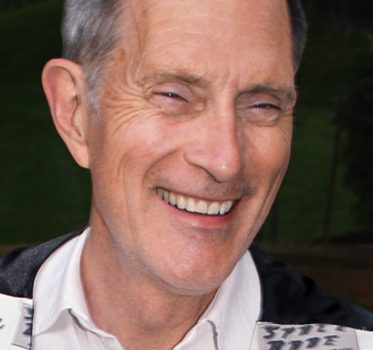 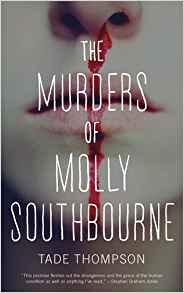 Galaxies issue 46 edited by Pierre Gévart was devoted to African SFF with translations from Anglophone authors of the level of Les­ley Arimah, Diane Awerbuck, Sofia Samatar, Wole Talabi, and Nnedi Okorafor and fran­cophone contributions by Mame Bougouma Diene, Moussa Ould Ebnou, and others. The Manchester Review Issue 18 (edited by me) consisted mostly of reprints to build a history of African SFF. It included two original stories by Masimba Musodza (in English and ChiShona) and Kofi Nyameye.

Brittle Paper gave African SFF great support on its critical pages, but towards the end of the year seemed to be publishing more comment and less fic­tion – they published two speculative stories, one by Stanley Onyewuchi, the other by Osahon Ize-Iyamu.

In January, Will This Be a Problem? arrived. This is the third anthology from the blog of the same name co-founded by Kevin Rigathi. It was a by-definition speculative fiction anthology, coming out of Nairobi but pan-African in intention. Andrew C. Dakalira, who had a novella in AfroSFV2, starts the anthology with “The Rise of the Akafula”. The other contributors include Lausdeus Otito Chiefboka, James Kariuki, Michelle Angwenyi, and others. Like so much publishing on the continent, including Omenana, Brittle Paper, and comics publishers Vortex 247 and The Comic Republic, this anthology is available online for free.

Awards are one key way to validation for Afri­can writers. This year’s Caine Prize nominees included Chikodili Emelu­madu for her story “Bush Baby”, first published at the end of 2015 in the anthology African Monsters edited by Margret Helgadottir, and Lesley N. Arimah for “Who Will Greet You at Home”. This was Arimah’s second year running for the Caine, both sto­ries SFF and both stories published in The New Yorker, no less.

The Gerald Kraak Award short­listed Dilman Dila’s speculative story “Two Weddings for Amoit” for its 2017 Award. At the end of the year, the shortlist for this next year’s award was announced, including “The Man at the Bridge” by sometimes-fantasy author Kiprop Kimutai.

It has not been a bumper year for SFF novels by Africans. Deji Bryce Olukotun’s “futuristic thriller” After the Flare was listed by Kirkus Re­view and Tor.com as one of the best books of 2017. Gavin Chait’s Our Memory Like Dust followed up his first novel Lament for the Fallen. Fred Stry­dom’s The Raft (2015) was a criminally neglected, straight up literary-SF novel. His new novel, The Inside Out Man, is said to have a Hitchcockian flavour, with aspects of Edgar Allan Poe and H.P. Lovecraft. Marcus Low’s near-future Asylum was a notable debut. Henrietta Rose-Innes launched Green Lion, about an attempt to resurrect an extinct species of lion. Masha du Toit published The Real. The redoubtable Sarah Lotz returned with The White Road, a novel about clickbait journalism and something like a ghost.

If you are an African hoping to publish an SFF novel, it helps to be South African or to live abroad. In South Africa speculative fiction from black writers finally seems to be surfacing. Narcisse Sadi, writing as Elcid or Elsiddi, produced Lai Tai a speculative fiction novella. In December 2016, Phumlani Mhlanga’s novel The Journey of Two-Boy appeared and TQ Zama published the fantasy novella Skyborn.

Nnedi Okorafor continued to gain recognition – the third Binti novella was announced and the Nigerian edition of Who Fears Death was launched at the Ake Festival. The news that George R.R. Martin was involved with an HBO TV series version of Who Fears Death, and that Nnedi is now writ­ing for Marvel Comics, made headlines in Nigeria.

The Nommo Awards were fortunate to have Nnedi there to present these first ever awards for speculative fiction by Africans. The winners were: for the Ilube Nommo Award for Best Novel, Rose­water by Tade Thompson. Best novella was Binti by Nnedi Okorafor. The short story award was an exact tie between T.L. Huchu for “The Marriage Plot” and “Who Will Greet You at Home?” by Lesley Nneka Arimah. The best graphic novel went to Chronic #3: “The Corpse Exhibition”, from the Chimurenga collective. The full list of nominations and a video of the award ceremony are available on <www.africansfs.com>. 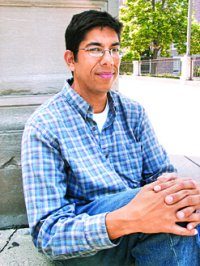 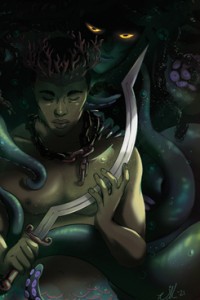