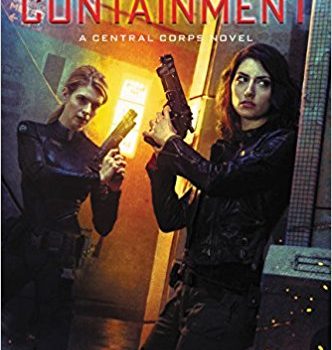 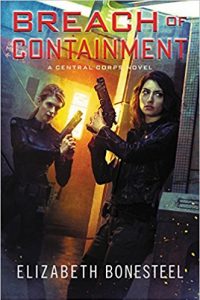 Breach of Containment is Elizabeth Bonesteel’s third novel, the latest in her Central Corps series after The Cold Between and Remnants of Trust. Like the rest of Bonesteel’s novels, this is a book I wanted to like more than I did, but a book I enjoyed nonetheless, despite some flaws.

At the end of Remnants of Trust, engineering chief Commander Elena Shaw is separated from her ally and friend Captain Greg Foster (of the Galileo) by orders of Central Corps’ admiralty. Elena and Greg have faced conspiracy and danger together for years, and have been trying to figure out what’s going on with a corrupt corporation called Ellis Systems and a faction within the Admiralty known as Shadow Ops. Separated, they’re less effective – and Elena’s lost Galileo, the ship that’s been her home for years.

When Breach of Containment opens, it’s several months after the end of Remnants of Trust and Elena’s resigned her commission in frustration. She’s now working on a civilian freighter, while Greg is still in command of the Galileo. Circumstances throw them together again, however, when Elena finds herself at Yakutsk, a colonised moon whose background civil conflict may be about to go hot with the threat of nukes. Galileo is on station at Yakutsk, under orders to try to mediate the conflict.

When all communication from the sector of space that includes Earth is cut off, it gradually becomes apparent that Ellis Systems is involved in Yakutsk, and with the communications outage. It seems that Ellis Systems may not be content with purely corporate dominance. When Elena learns that a battle fleet is on its way to Earth and that she may be the only person who can stop it, she sets off on a secret, probably suicidal mission to infiltrate the Ellis Systems base that is making it possible for the battle fleet to navigate to Earth much, much faster than anyone else can travel. She doesn’t even tell Greg she’s going – and when Greg discovers she’s gone, he’s determined to find her and to make sure she survives.

Bonesteel writes action compellingly and well, though her approach to the plot that connects these action scenes is a little scattershot. Much of the latter half of Breach of Containment relies on what is essentially AI magic to send its characters down the narrative slide to the author’s designated conclusion – AI magic that’s only introduced in this book, and that is only revealed to be “because weird AI” in the dénouement. This is a little too high a level of handwaving for narrative convenience for my tastes, at least without better banter and deeper worldbuilding to distract me. And though Bonesteel writes the complicated friendship and perhaps-no-longer-so-one-sided attraction between Greg and Elena quite well, the arc of a (former) superior officer whose romantic attraction to a long-time friend comes across as both unattractively jealous, not all that requited, and maybe just a tad obsessively protective… well, it’s a narrative arc that doesn’t really appeal to me.

I enjoy the secondary characters in Breach of Containment a lot more: Jessica Lockwood, executive officer of the Galileo, racing against time to find out what’s actually happening on Yakutsk and to prevent death and destruction; Dallas, the Yakutsk salvager-scavenger who saves Lockwood’s life more than once and maybe, actually, the local day; the crew of the freighter with whom Elena’s been working since she left the Corps.

Breach of Containment has some pretty giant holes in its logic, and its worldbuilding reminds me entirely too much of off-brand Star Trek, but it makes things blow up, and its characters are screwed up in human ways. I’m not entirely sure I can adequately explain why I enjoyed it, despite all its flaws – but I did. 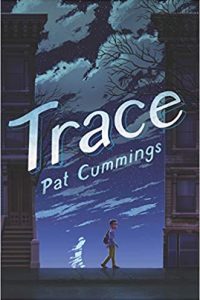 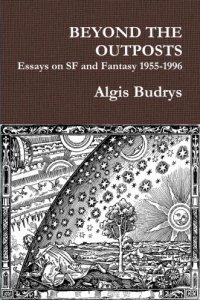