The final volume of Demon comes out this week and it represents the culmination of a seven year long journey that took me from self-printed minicomics to a daily webcomic to a published 4 volume series from First Second. The series has become infamous for its deranged and nihilistic sense of humor. But for me, the simple idea at the core of the book was a story of a man obsessed with the application of logic and science to a seemingly inexplicable supernatural phenomenon.

Demon begins when the main character, Jimmy Yee, checks himself into filthy motel room in Oakland to hang himself from the ceiling fan. Upon death, he instantly wakes up in bed without a scratch on his body. After several repeated attempts, all with the same result, he runs out of the motel and flings himself in front of a passing semi truck, this time waking up in a hospital again without a scratch on his body. The following 700 pages tell the story of Jimmy using his mathematics training to figure out exactly is happening in precise detail and using that knowledge to become the most powerful human in the world.

At the risk of sounding pretentious, the path Jimmy takes from the motel room to sitting on a throne at the Taj Mahal is the story of humanity. When I consider the power of science and engineering, I always think about Michael Faraday, a man with only a brief elementary education who noticed that a wire would wiggle around when he ran some current through it next to a magnet. Fast forward 200 years and some nerd on the internet is complaining that his iPhone takes too long to connect to his Tesla’s bluetooth. There’s a million steps that got us from there to here, all made by people who just applied chains of reasoning and logic to a simple phenomenon. 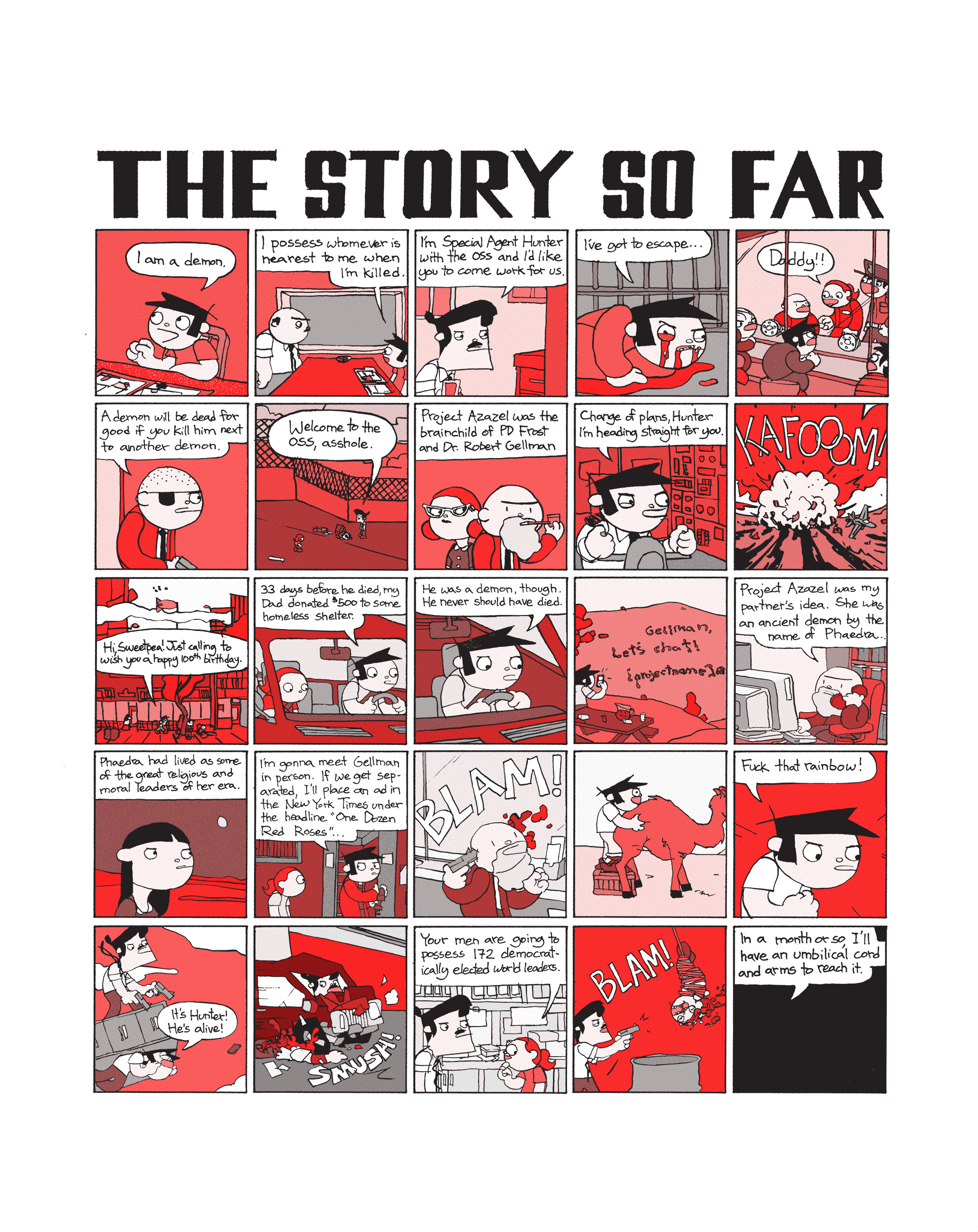 Science fiction has always been my favorite genre, especially when the story takes the form of scientific discovery itself. There’s something incredibly satisfying about the classic scientific method of observing, imagining, testing and finally getting a clear answer from the universe about some fundamental way it’s structured. I feel the human mind has a science shaped keyhole in it and hearing a good story or joke or cleverly designed experiment all satisfy that same part of the brain. It could be Sherlock Holmes figuring out that what everyone else thought was a ghost was just a (spoiler for 100 year old story) dog covered in luminescent paint. In a way, I think all great fiction is science fiction of a sort.

The publication of the final volume of Demon this week is bittersweet for me. It represents the final note of an incredible adventure. During its seven year long creation, I got married, lived abroad for a year and had a kid who is old enough now to start making observations about the world himself. Watching my son explore the world he’s in has been one of the most joyous experiences of my life and has already inspired the idea for my next project, a nonfiction children’s comic about astronomy. I dedicated the last volume of Demon to my son and I wanted to go even further and name my son Jimmy, after the main character. But seeing as Jimmy has sex with a camel in volume 3 (for science), my wife vetoed the idea.

Jason Shiga was born and raised in Oakland, California. He is the author of Meanwhile, Empire State, Fleep, Bookhunter and over twenty other comic books and graphic novels. He is also the creator of the world’s second largest interactive comic. His comics have a geeky side and often feature exciting uses of mathematics and unusual structural forms. Demon is his most ambitious project to date. Visit him at: shigabooks.com