Stories, clippings, and radio broadcasts are woven together into horror novel of the cursed town of Leeds, Massachusetts, a sequel to Gateways to Abomination. ‘‘A striking book that cements Bartlett’s reputation as a writer of vision and talent… Creeping Waves belongs on the bookshelf of every reader interested in the current state of horror fiction.’’ [John Langan]

This first book in a new steampunk fantasy series presents an alternate 1906 San Francisco depicted in impressive detail, with an action-packed plot. Assassins kill the geomancers who protect the city from earthquakes, and only Ingrid Carmichael has the power to save the city – in a world that doesn’t believe women can be geomancers. ‘‘Her adventures take some cues from entertainments of the era, evoking the dime novel’s melodrama, perils, and romance… with a strong cast and an unconventional approach to alternate history and magic.’’ [Faren Miller]

Spies, spiritualism, and bittersweet romance mix in this tale of an American heiress during WWI, working for the Spirit Corps as a medium to get information from recently deceased soldiers. When she uncovers evidence of a traitor, no one will believe her – and the Germans are starting to target the Spirit Corps. Kowal doesn’t flinch from the horrors of the war in this vivid and sometimes poignant novel.

The prestigious Library of America honors Le Guin with this collection of Le Guin’s complete works set in the imaginary country of Orsinia: novel Malafrena, collection Orsinian Tales, and an additional three songs and two stories. Le Guin discusses the origins of Orsinia in her introduction.

Surrealism mixes with alternate history fantasy in this novella of a WWII Paris haunted by manifestations of surreal art brought to life by a Surrealist bomb. Mieville ‘‘makes brilliant use of both the political and imagistic aspects of Surrealism… as vivid a portrayal of the disruptive and revolutionary nature of art as I’ve seen in quite a while.’’ [Gary K. Wolfe]

Steampunk comes to Africa for this alternate-history SF novel of the Belgian Congo, where the Fabian Society purchases a tract of land from King Leopold II to set up a safe haven for natives, who adopt steam technology and establish the utopia of Everfair. ‘‘The novel unfolds with deep intellect, epic sweep, and an unsentimental historical insight that remains all too rare in the genre.’’ [Gary K. Wolfe]

Silverberg’s latest collection presents 17 stories from 1956 to 1958, with typically fascinating introduction and notes by Silverberg on his early career, the world of pulps, and the origins of each story. As the author himself describes them, ‘‘These are stories in what is now pretty much a lost tradition in science fiction, the simple and unselfconsciously fast-paced adventure story of the pulp magazine era,’’ but they also give evidence of the growing technical skill of an author who would one day be a Grand Master.

Steve Rasnic Tem, Out of the Dark
(Centipede Press Aug 2016)

Best known for her works about Kitty the werewolf, Vaughn gets to show off her versatility in other worlds and styles with these 18 stories, a mix ranging from alien encounter SF to dragon fantasy, with plenty in between.

Wendig returns to the world of Zer0es for this terrifying technological thriller of genetically engineered ants turned deadly, an FBI consultant, and a group of scientists on an isolated island. ‘‘Both [Invasive and Zer0es] are rich, darkly funny page-turners with details designed to make those little hairs on the back back of your neck stand up with how plausible they seem.’’ [Adrienne Martini]

Caroline M. Yoachim, Seven Wonders of a Once and Future World and Other Stories
(Fairwood Aug 2016)

Yoachim’s first collection presents 27 stories, two new, a mix of carefully crafted SF, fantasy, and horror stories, often with new takes on old tropes. A wide-ranging display of skill from an author noted for her flash fiction, making use of that skill in ‘‘flashmash’’ stories made up of several related shorter pieces. 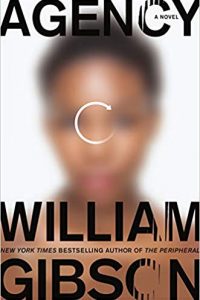 The British music magazine Word had a discussion on its site a few years ago about a common phenomenon in gig-going. Your favorite band releases a new album, but it’s not as good as the stuff they did 3 or 5 years ago. Nonetheless, you go along to see them play live out of a sense of loyalty or somesuch. Inevitably, they insist on leading off with a series of