Welcome to Night Vale by Joseph Fink & Jeffrey Cranor held onto first place on the hardcover list, with Jim Butcher’s The Aeronaut’s Windlass moving up to second. There were no new runners-up. We had 51 titles nominated, one more than last month’s 50.

The Martian by Andy Weir topped the paperback list for the fourth month in a row. Second place went to Patrick Rothfuss’s The Name of the Wind. There were no new runners-up. There were 66 nominated titles, up from 59 last month.

On the trade paperback list, Andy Weir’s The Martian reclaimed the top spot from Ancillary Mercy by Ann Leckie, which came in second. There were no new runners-up. There were 37 nominated titles, the same number as last month.

In media-related books, Star Wars: Aftermath by Chuck Wendig took the top spot once more, followed in second place by Star Wars: Heir to the Jedi by Kevin Hearne. There were no new runners-up. There were 36 nominated titles, up from 26 last month.

R.A. Salvatore’s Forgotten Realms: The Legend of Drizzt: Homecoming: Archmage, held onto first place in gaming-related books, beating second place finisher Assassin’s Creed: Underworld by Oliver Bowden by only one point. There were no new runners-up. We had 16 nominated titles, up from last month’s 13. 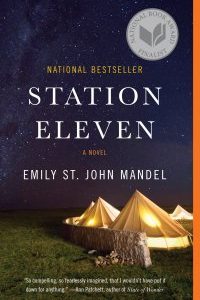 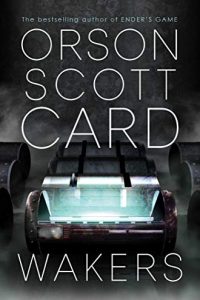 In 1991, I read two documents from Bruce Sterling that changed the course of my professional and literary career. The first was “The Turkey City Lexicon”, which Sterling co-wrote with Lewis Shiner, an online classic that was finally published between covers in the 1991 Pulphouse edition of The SFWA Handbook, which I received in the mail with my newly minted SFWA membership kit. The second was a print classic that