Welcome to Night Vale by Joseph Fink & Jeffrey Cranor captured the top spot on the hardcover list; George R.R. Martin’s A Knight of the Seven Kingdoms remained in second. After Alice by Gregory Maguire (Mor­row) was the new runner-up. There were 50 titles nominated, one more than last month’s 49.

The Martian by Andy Weir topped the paperback list for the third month in a row over second place finisher Kris Longknife: Unrelenting by Mike Shepherd, the 13th book in the Kris Longknife series. The new runner-up was Coming Home by Jack McDevitt (Ace), book seven in the Alex Benedict novel series. We had 59 nominated titles, down from 62 last month.

After 12 weeks at number one on the trade paperback list, Andy Weir’s The Martian had to settle for second place, deposed by the conclusion of Ann Leckie’s Imperial Radch trilogy, Ancillary Mercy. The new runner-up was Cast in Honor by Michelle Sagara (Mira), the 11th book in the Chronicles of Elantra. There were 30 nominated titles, down from last month’s 35.

In media-related books, Star Wars: Aftermath by Chuck Wendig retained the top spot for the third month, followed in second place by Star Trek: Seekers: All That’s Left by Dayton Ward & Kevin Dilmore. There were no new runners-up. There were 26 nominated titles, up from 23 last month. 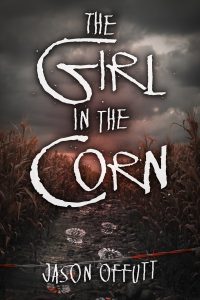 Cover Reveal: The Girl in the Corn by Jason Offutt

Sarah Herbe has a recently minted doctorate, and teaches at the University of Salzburg. I am lucky to work and teach in a department with a strong research focus on the fantastic (the Department of English and American Studies, University of Salzburg). When I ask students about their reading habits, even in introductory classes to the analysis of literature, many of them state a preference for fantastic literature. Some years