New release Aurora by Kim Stanley Robinson took the top spot on the hardcover list with a solid lead over last month’s win­ner, Neal Stephenson’s Seveneves. Last First Snow by Max Gladstone (Tor) was the new runner-up. There were 45 titles nominated, up from last month’s 41.

On the paperback list, George R.R. Martin’s A Game of Thrones retained first place with a comfortable margin over Patrick Roth­fuss’s The Name of the Wind. The new runner-up was Islands of Rage and Hope by John Ringo (Baen). We had 67 nominated titles, up from 51 last month.

The Martian by Andy Weir continued to dominate the trade paperback list with almost twice as many votes as second-place finisher Ready Player One by Ernest Cline. There were no new runners-up, with 37 nominated titles, up from last month’s 35.

In media-related books, David R. George III’s Star Trek: Deep Space Nine: Sacrements of Fire took the top spot with Star Wars: Tarkin by James Luceno in second. There were no new runners-up. There were 19 nominated titles, up from 9 last month. 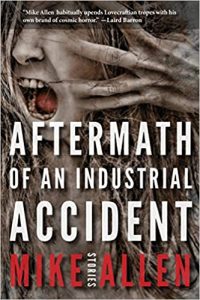 The Sycamore Hill Workshop was held June 16-22, 2018 at the Wildacres retreat near Little Switzerland, NC. While you are here, please take a moment to support Locus with a one-time or recurring donation. We rely on reader donations to keep the magazine and site going, and would like to keep the site paywall free, but WE NEED YOUR FINANCIAL SUPPORT to continue quality coverage of the science fiction and