Midst Toil and Tribulation by David Weber made its debut at number one on the hardcover list this month, with The Blinding Knife by Brent Weeks coming in second place. The new runner-up was Slow Apocalypse by John Varley (Ace) with 47 titles nominated, up from the 37 we saw last month.

George R.R. Martin continues to lead the paperback list with A Game of Thrones in first place, followed by Ghost Story by Jim Butcher in second place. The runner-up was Bloodstar by Ian Douglas (Harper Voyager) with 54 titles nominated, up from last month’s 48.

The Hobbit by J.R.R. Tolkien took first place on the trade paperback list this month. The runner-up was Cast in Peril by Michelle Sagara with 45 titles nominated, up significantly from the 32 we saw last month.

Star Trek: Voyager: The Eternal Tide by Kirsten Beyer returned in first on the media-related titles this month and there was no new runner-up. There were ten titles nominated, down slightly from last month’s 12.

Forgotten Realms: Charon’s Claw by R.A. Salvatore remained at number one in the gaming-related titles, and there was no new runner-up. There were 13 titles nominated, down quite a bit from the 26 we saw last month. 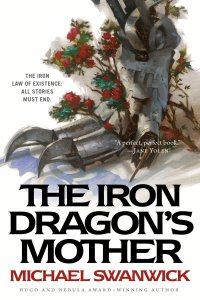 The SFWA Pacific Northwest Reading Series hosted Caroline M. Yoachim and Shanna Germain on November 14, 2019 in Portland OR. Ken Scholes gave a eulogy for John Pitts. The next reading, featuring Daniel H. Wilson, Catherynne M. Valente, and Django Wexler, will be held January 30, 2020. For more, see the SFWA website. This story and more like it in the January 2020 issue of Locus. While you are here,