Brian Herbert & Kevin J. Anderson’s newest collaboration, Sisterhood of Dune, debuted at the top of the hardcover list this month, with A Dance with Dragons by George R.R. Martin a distant second. The new runner-up was Necronomicon: The Weird Tales of H.P. Lovecraft by H.P. Lovecraft (Gollancz) with 52 titles nominated, up from last month’s 50.

George R.R. Martin remains in power on the paperback list, with A Clash of Kings staying strong at first place and A Game of Thrones next in line. The new runner-up was All the Lives He Led by Frederik Pohl (Tor) with only 58 titles nominated, down a bit from last month’s 65.

Among Others by Jo Walton took first place on the trade paperback list this month. The new runner-up was The Quantum Thief by Hannu Rajaniemi (Gollancz). There were 48 titles nominated, up from last month’s 44.

Star Wars: Darth Plagueis by James Luceno was first on the media-related titles this month and there was no new runner-up. There were 15 titles nominated, down a bit from last month’s 18.

Halo: Primordium by Greg Bear debuted in first place in the gaming-related titles, and there was no new runner-up. There were 19 titles nominated, up from the 18 we saw last month. 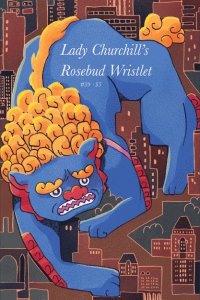 Karin Margareta Tidbeck was born April 6, 1977, in Stockholm, Sweden, and grew up in the suburbs. She briefly attended university before dropping out. She worked at various jobs, including in a bookshop, and just before she turned 30, enrolled in a three-year arts program. She attended the Clarion Science Fiction & Fantasy Writers Workshop in 2010. Her debut collection Vem är Arvid Pekon? (2010) appeared in Sweden. First English-language