Given the brilliant string of stories Peter S. Beagle has produced in the last few years, it’s rather startling to note, as he does in his introduction to Mirror Kingdoms: The Best of Peter S. Beagle, that he published virtually no new short fiction between 1970 and 1994, and that there had been only a couple of fantasy stories prior to that (“Come Lady Death” in 1963 and “Lila the Werewolf” in 1970, both now widely regarded as minor classics, and both included here). In the mid-1990s, he tells us, he wrote two new stories for a unicorn anthology (“Professor Gottesman and the Indian Rhinoceros” and “Julie’s Unicorn”) and a series of six tales set in the world of The Innkeeper’s Song (1993), which remains his most important novel since The Last Unicorn. Despite his screenplay for the rather pale 1982 Rankin/Bass all-star animated film, Beagle had seemed quite content to leave The Last Unicorn behind him, but he was persuaded to write a coda to the novel, “Two Hearts”, in 2004 — winning a Hugo and a Nebula — and that was the beginning of what he calls “the real flood.” In a real sense, it’s that “flood” which makes Mirror Kingdom possible; surely there are few 70-year-old writers in any genre for whom a “best of” anthology, consisting of only 18 stories, could include 12 from the last five years and still be a balanced overview of their finest work. Those newer stories alone would make Mirror Kingdoms among the outstanding single-author collections of the year, even though most of them appeared in Beagle’s last two collections from Tachyon in 2006 and 2008.

Readers who haven’t been keeping up with the Beagle flood are in for some pleasant surprises, but will also find a fair amount of comfort food here. Like many, I was never particularly anxious to see Beagle return to the world of The Last Unicorn, which is one of those books that seems such a pristine emblem of youthful reading and discovering the possibilities of fantasy, that it just shouldn’t be messed with, but the ingenuity of “Two Hearts” is that it returns us to that world without messing with the original story; instead it focuses on a village besieged by a griffin, and only reintroduces Schmendrick and Molly and King Lír once the central tale is established, in what serves as a moving coda to the original tale. Similarly, the stories from the world of The Innkeeper’s Song — which was a fairly underdetermined fantasy world to begin with — do no violence to our memory of what in many ways remains Beagle’s finest novel, if not his finest fantasy (I’d still nominate Unicorn for the latter, and would be glad to discuss the distinction over a drink which you pay for). All three that are included here — “Giant Bones”, “The Last Song of Sirit Byar”, and “What Tune the Enchantress Plays” — are distinguished by the colorful and contentious vernacular narrative voices that Beagle does so well, and that give you the sense of the tale-teller grabbing you by the lapels, though “What Tune the Enchantress Plays” strikes me as a bit less compelling than the others in terms of plot.

Like a number of fantasy writers who are directly or indirectly his heirs — Jeffrey Ford is an example who comes to mind — much of Beagle’s short fiction can be sorted into tales set in fabulous worlds and those which introduce fantasy into closely realized or even autobiographical domestic settings. The distinction is already apparent in the two oldest stories here, “Come Lady Death” (1963) and “Lila the Werewolf” (1971). “Come Lady Death” is supposedly set in Georgian England, but it might as well be Prince Prospero’s abbey in “The Masque of the Red Death” with its elegant and witty account of a jaded noblewoman who invites Death to one of her parties. “Lila the Werewolf”, by contrast, is a romantic relationship tale firmly grounded in contemporary Manhattan, but complicated by the fact that Farrell’s live-in girlfriend Lila is a werewolf. Gradually, these domestic settings come to dominate the later fiction, and seem to grow more autobiographical as well. To be sure, 2008 saw the deeply ironic antiwar fable “King Pelles the Sure” and “The Tale of Junko and Sayuri”, a cleverly constructed version of Macbeth involving a shape-changing wife in medieval Japan, but most of the stories from the last decade or so follow the model of “Lila”, using fantasy elements largely in the service of contemporary character studies: a rhinoceros claiming to be a unicorn becomes the muse and confidant of a lonely professor in “Professor Gottesman and the Indian Rhinoceros” (deservedly the lead story); a tiny unicorn escapes from a museum tapestry in the less compelling “Julie’s Unicorn” and helps bring a couple back together again (if the Farrell in this story is the same as in “Lila the Werewolf” he has some serious girlfriend issues); a family of centaurs show up in Van Cortlandt Park in the Bronx and are aided by a pair of 13-year-olds, one of whom is a gifted artist. In “Uncle Chaim and Aunt Rifke and the Angel”, an angel shows up in the studio of a Jewish artist in New York insisting on being a muse. Beagle’s own uncles were well-known social realist painters, the most famous of whom was probably Raphael Soyer, and the narrator is a young boy with obvious lineaments of Beagle himself, as is the narrator of perhaps my favorite story here, “The Rabbi’s Hobby”, hopelessly studying for his Bar Mitzvah with a rabbi whose odd obsession is with old magazine photos, an obsession which eventually opens the story up in unexpected and wonderful ways.

There are likely loyal Beagle fans who might take exception to some stories that editor Jonathan Strahan has omitted from the collection — “Quarry” and “A Dance for Emilia” are two that come to mind — but it’s hard to argue that this isn’t a fair representation of Beagle’s range as a fantasist, a range that miraculously seems to be still extending into new territory. “Vanishing” is a moving ghost story set mostly at the Berlin Wall, of all places, and “We Never Talk About My Brother” is a kind of variation on Jerome Bixby’s horror tale “It’s a Good Life”, but with some of the pop culture savvy, narrative tricks, and doppelgängering that Stephen King might bring to such a tale. By the end, we’re left with a delighted wonder as to where Beagle might be going next, or what really unites such a disparate group of skillfully told tales. He might provide the answer himself: near the end of “The Rock in the Park”, the teenage boy who has drawn a miraculous animated map to help the centaurs escape the city explains to his befuddled friend that it wasn’t really magic. “‘I keep telling you'” he says, “‘the artist isn’t the magic. The artist is the sight, the artist is someone who knows magic when he sees it. The magic doesn’t care whether it’s seen or not — that’s the artist’s business. My business.” It could be Beagle talking to us. We should listen.

Paul Di Filippo Reviews The Best of the Best Horror of the Year, Edited by Ellen Datlow 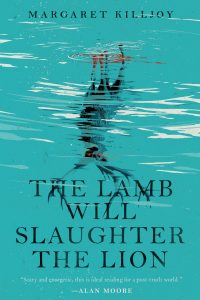